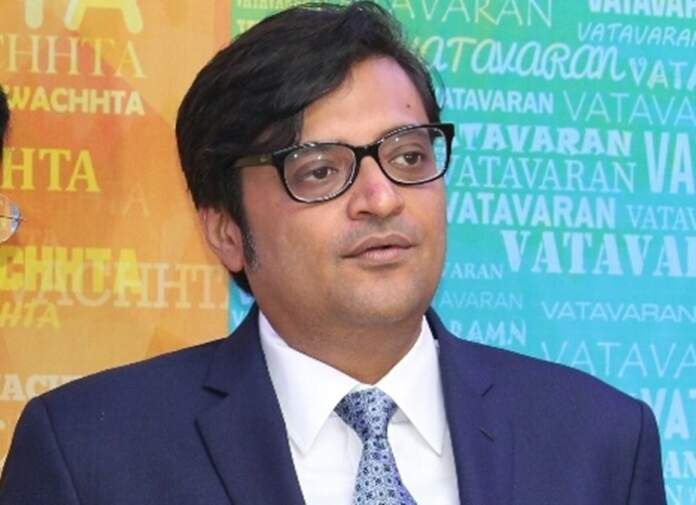 NEW DELHI | Republic TV editor-in-chief Arnab Goswami has received a major relief from the Supreme Court. The Supreme Court on Wednesday ordered the release of Arnab Goswami and other co-accused on interim bail. Goswami was taken into judicial custody on November 4 in the case of the suicide of interior designer (architect) Anoy Naik and his mother for the year 2018.

Justice D.Y. A bench of Chandrachud and Indira Banerjee said that if someone does not like the TV channel, then that person should not watch it.

Arnab and two others were arrested last week in connection with the suicide of interior designer Anvay Naik and his mother.

The bench slammed the Maharashtra government over Arnab’s arrest, saying the victim deserves a fair inquiry and the investigation should go ahead, but a strong message should go if the state targets individuals on this basis.

Chandrachud told the Maharashtra government lawyer, “Our democracy is exceptionally strong. The thing is that the government does not care about it. The Chief Justice has said very important thing. He has said that we would expect responsibility from all sides Huh.”

The bench said that Arnab should cooperate in the investigation and the release of the accused should not be delayed. The court also asked him to furnish bonds worth Rs 50,000.

Arnab had moved the apex court challenging the Bombay High Court order, which refused to consider his interim bail.

Justice Chandrachud asserted, “If the constitutional courts do not interfere, we are traveling on the path of destruction.”

Senior advocate Harish Salve, representing Arnab, said before the court, “Are Arnab Goswami a terrorist? Is he accused of murder? Why can’t he be granted bail?”

The Supreme Court also allowed the interim release of co-accused Nitish Sarada and Feroze Mohammed Sheikh in the case. The court said that the High Court had erred by rejecting the application for grant of interim bail.

Do India needs to teach China a lesson or not?