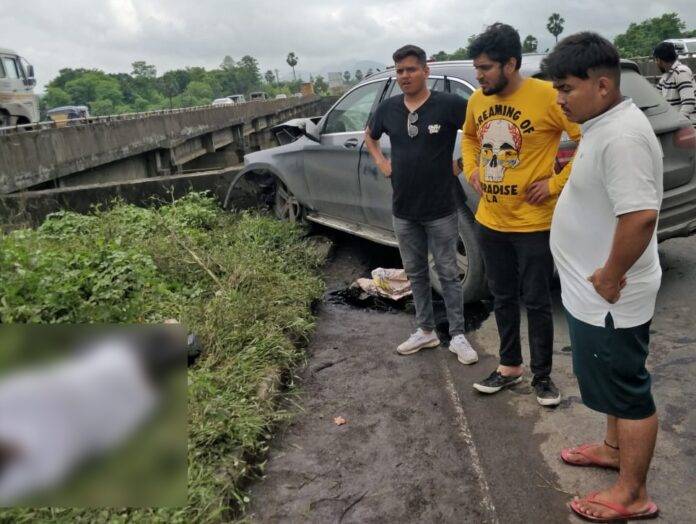 Mumbai| Veteran industrialist Cyrus P. Mistry, chairman of multinational Shapoorji Pallonji Group and former chairman of Tata Sons, died in a road accident in Palghar, Maharashtra, here on Sunday afternoon. The state government has ordered an inquiry into the incident. He was 54 years old and is survived by his wife Rohika, elder brother Shapoor Mistry and other family members.

Barely two months before Mistry’s death, his father, Pallonji Shapoorji Mistry, the group’s honorary chairman, died on June 28 in Mumbai at the age of 93.

Maharashtra Deputy Chief Minister Devendra Fadnavis has ordered a detailed inquiry into the incident that shook the corporate world of the country.

According to the police, the tragic end came when Mistry’s vehicle rammed into a road divider around 3.15 pm. He was accompanied by at least 3 other people traveling from Ahmedabad to Mumbai in the car.

According to Palghar police officials, Mistry was traveling from Ahmedabad to Maharashtra when his speeding car rammed a highway road divider on the Surya river near Charoti, about 105 km north of Mumbai.

Police said that four people were in the car, of whom two, including Mistry, died immediately in the road accident. The vehicle was badly damaged.

The other two injured, whose identities are unclear, have been admitted to Casa’s Rainbow Hospital.

The police termed it an ‘overspeeding case’, which probably resulted in the disastrous accident.

In a condolence tweet, Prime Minister Narendra Modi said: “The untimely demise of Cyrus Mistry is shocking. He was a promising business leader who believed in India’s economic prowess. His passing is a great loss to the world of commerce and industry. Condolences to his family and friends. May his soul rest in peace.”

Chief Minister Eknath Shinde expressed grief over the tragedy and said that Mistry’s death was a loss not only to his family but also to the industrial world of the country.

New Delhi | Apple has explained that the new silicone ear tips with the second generation AirPods Pro are not compatible with the older generation...
Read more
Business

Media Expo Delhi 2022 is the industry’s prime indicator of the growth ratio in the printing, advertising

SHANKER CHAKRAVARTY Media Expo Delhi 2022 is the industry’s prime indicator of the growth ratio in the printing, advertising and signage segment. A platform that brings together...
Read more
Business

Indian aviation is in the growth stage as it approaches maturity:  Jyotiraditya  Scindia

New Delhi: “Interactive forums like these helps the government in more effectively playing its role as a facilitator. Now, is the time to plant...
Read more

After the Lok Sabha, the proceedings of the Rajya Sabha were also adjourned for the day amid the uproar

One desperate snatcher nabbed by staff of PS Adarsh Nagar