Preparations for the fourth phase of elections in West Bengal 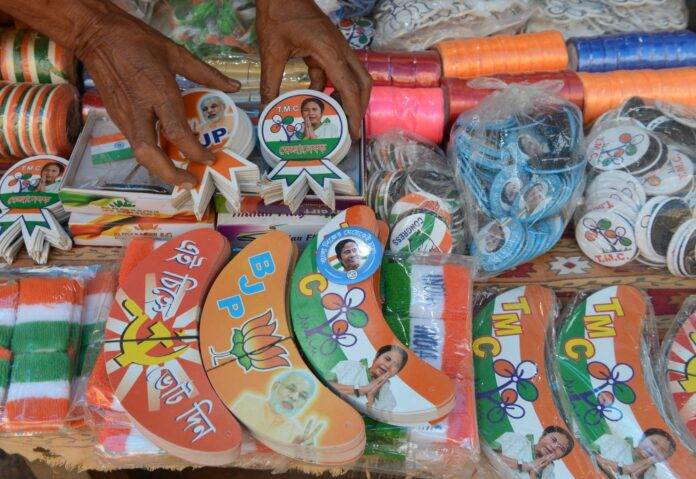 Kolkata| Voting is to be held on Saturday (April 10) in 44 seats of the fourth phase of the West Bengal assembly elections. Keeping in mind the incidents of violence during the third phase of polling, elaborate security arrangements have been made by the Election Commission to avoid any untoward situation or incident. In the fourth phase of the election, 373 candidates will contest.

In the fourth phase, votes will be cast in 44 seats in 5 districts, including 9 seats in Howrah district, 11 seats in South 24 Parganas district, 10 seats in Hooghly district, 5 seats in Alipurduar and all 9 seats in Cooch Behar. Apart from this, voting is also going to be held on this day for six constituencies of Kolkata, including Behala East and West, Kasba, Metiabruz, Jadhavpur and Tollyganj. Despite being a part of South 24 Parganas, these constituencies fall under the administrative region of Kolkata.

Interestingly, women voters will be the deciding factor in this phase of elections in the South 24 Parganas district of West Bengal. The number of female voters in 11 constituencies of this district is more than their male counterparts. Sonarpur South, Sonarpur North, Jadavpur, Tollygunge, Behala North, Behala South, women are leading in these six seats.

The Election Commission has made elaborate security arrangements to avoid any kind of violence. The commission has decided to deploy 789 companies of central forces – the highest number of forces so far in elections.