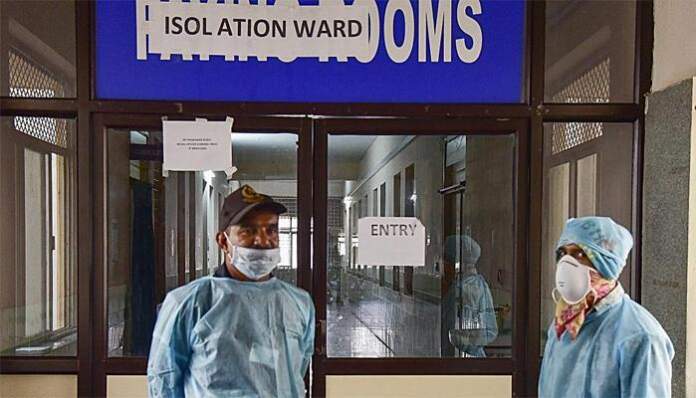 The outbreak of Corona in India is touching new heights on one side and on the other hand our hospitals are beating the whole world in negligence and plunder. There are many such depressing reports coming from Delhi and Mumbai that they do not believe. Corona patients and their relatives are shunned, saying that no beds are empty in the hospital. To a patient from Delhi who was a doctor himself,Five government and non-government hospitals collided and had to die on the way.

An elderly friend from the intensive care unit (ICU) of Mumbai’s Nami-Girami Hospital has called me several times since last night. They are saying that they are alright but that hospital has forcibly admitted them as corona-patients. He went to offer namaz and Roje hugged him. He had gone to show mild fever but he was trapped in the hospital because now he will be charged millions.

The same situation is there in Delhi. One or two friends told that such a non-government hospital costs 5 to 10 lakhs from them. Agau is taking care while the same treatment and room in government hospitals is just a few thousand rupees. Can be found daily.

This issue is being debated even today in the Supreme Court. The petitioners are demanding that the government had given the lands free to these private hospitals, so why do they not treat 25 percent of the patients free as per the rule. It is right that it is a time of crisis, as the cost of hospitals is very high and their income has come down so how do they want to meet their losses.

But my request is that they should not make this crisis time a time of plunder. Even private hospitals and private educational institutions in India have, with the exception of a few honorable exceptions, become bases of pure plunder.

That’s why I wrote four-five years ago that all MPs, MLAs,Councilors and government employees and their families should also be treated in government hospitals and children’s education in government schools and colleges. Only then will their level improve. The order of these words was also issued by the Allahabad High Court. Corona’s disease has re-stamped this issue. If the private hospitals do not change their attitude, they will certainly feast on their nationalization.

Facebook
Twitter
Pinterest
WhatsApp
Previous articleStill after 9 months passed, Delhi traffic police not yet refunded fines…
Next articleIndia-China-Nepal: Tikoni Diplomacy
Dr. Ved Pratap Vaidikhttp://www.drvaidik.in/
Dr. Ved Prakash Vaidik is a journalist, political analyst and freelance columnist of India. He had been with Press Trust of India as the founder-editor of its Hindi news agency "Bhasha". Before that he was the Editor (views) in Navbharat Times of the Times Group. At present, he is the Chairman of Bhartiya Bhasha Sammelan.

Metro service stopped in Delhi from Monday, increase in lockdown