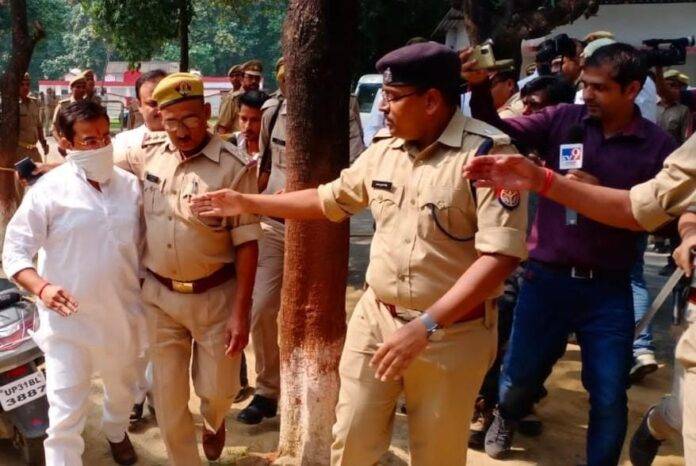 Lakhimpur Kheri (UP) | A local court in Lakhimpur Kheri on Monday sent Union minister Ajay Mishra Teni’s son Ashish Mishra to three-day police custody in connection with the October 3 violence. However, Mishra will have access to the legal team during the period of police remand.

The Special Investigation Team (SIT), set up by the Yogi Adityanath government to probe the incident, had sought 14-day police remand of Ashish Mishra from the Chief Judicial Magistrate to conduct further investigation and recreate the crime scene.

The Public Prosecutor said that the demand for custody can be made within 15 days of the arrest. The public prosecutor said, “There has been complete non-cooperation. They did not respond during 12 hours.”

Mishra’s lawyer Awadhesh Singh said, “They interrogated him for 12 hours. How much interrogation does he need? Do they want to impose a third degree on the accused? You cannot take his statement by assaulting him. He pleaded for remand.” No reason has been given.”

The trial of Ashish Mishra’s remand case concluded with his lawyer denying all charges leveled against his client by the Uttar Pradesh Police.

When the hearing of the matter was to begin in the court, then some technical problems also came to the fore in the video conferencing. The judge left the courtroom after there was a delay in connecting the video.

Mishra was arrested late on Saturday night and was produced before a magistrate the same night, who remanded him to judicial custody.