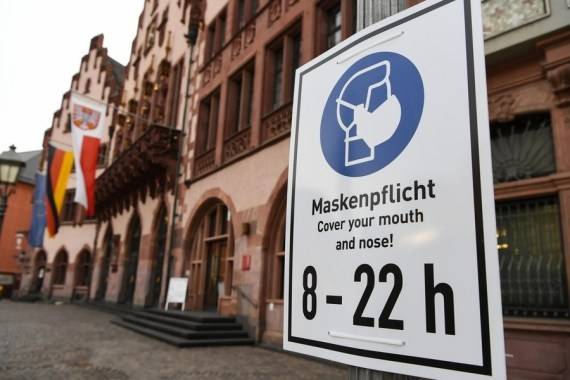 Berlin| Lothar Weiler, president of the Robert Koch Institute (RKI), said the Covid-19 delta variant accounts for only 6 percent of new cases in Germany, but the strain is spreading rapidly. “It’s not really a question of whether Delta will become the dominant version, but just when,” Weiler told reporters here on Friday.

“It depends on vaccination rates and how we deal with the easing of restrictions.”

According to the RKI, the federal government agency and research institute responsible for disease control and prevention, the incidence rate of COVID-19 cases in Germany in the past seven days fell from 12 per 100,000 population on Thursday to 10.3 on Friday.

Health Minister Jens Spahn told reporters that it could be a ‘good summer’ if people in Germany remain vigilant despite falling cases.

However, if the seven-day incidence rate rises again, the response should be swift with the rollback of regional relaxations, he added.

According to RKI, the number of new daily Covid infections decreased as well as 1,076 new cases were reported on Friday, from 1,364 less than a week ago.

Meanwhile, about 24.7 million people in Germany had been fully vaccinated, bringing the country’s vaccination rate to 29.6 percent, the RKI said.

About 42 million people have received at least one dose of the COVID vaccine.

London, September 9: The 73-year-old Prince Charles, who was the longest heir to the crown in the country's history for 70 years, will now sit...
Read more
Top Stories

London| Queen Elizabeth II, Britain's longest-reigning monarch, has died in Balmoral at the age of 96 after ruling for 70 years. His family gathered at their...
Read more
Corona

Los Angeles| In Los Angeles, California, the Pfizer-BioNTech COVID vaccine was 73 percent effective in protecting children between the ages of 6 months and 4...
Read more