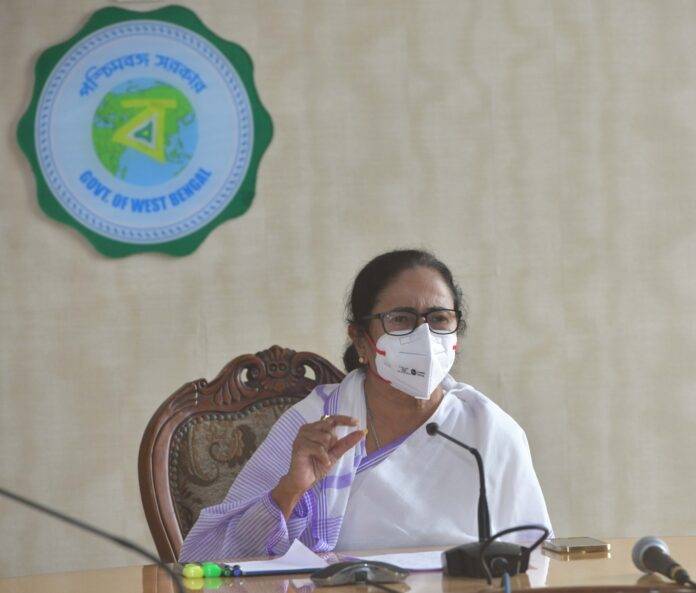 Kolkata: After securing a thumping majority in the recently concluded elections, Chief Minister Mamata Banerjee made it clear that controlling her vaccination and the spread of coronavirus would be her government’s priority and she had already spread the spread of uncontrolled epidemics Some drastic steps have been taken to stop it. Apart from controlling the disease, as party insiders have indicated, the promises made in the Chief Minister’s manifesto are likely to be pursued in three distinct stages, with short-term, mid-term and long-term plans.

Vaccination of Covid and controlling the spread of the SARS-Covid 2 virus will be the priority of the state government. It was announced on 5 May, the day of his swearing-in ceremony.

She has already taken some steps such as suspending the movement of local trains, closing bars, restaurants, gyms, cinema halls and shopping malls and limiting the number of people in any kind of religious and entertainment functions to 50.

A senior government official said, “The state government is also considering completing the vaccination of all the people of the state in the next six months.”

“However, to complete the mass vaccination campaign, the state government needs the active support of the central government and has written a letter to the Prime Minister in this regard,” the official said.

Party insiders have indicated that the Mamata Banerjee government is likely to reintroduce and establish a second house in the state legislature or the Legislative Council, which would include eminent persons, who would play an active role in shaping the functions of the state.

The State is likely to pass a resolution in the State Legislative Assembly after which it will be the constitutional mandate and the responsibility of Parliament to complete the formalities by passing a law to this effect.

The Trinamool Congress Duare Sarkar has come to power at your doorstep riding on the successful execution of government delivery systems like Sarkar and Parai Parai Solutions.

If the first is a mechanism to bring the benefits of government projects door-to-door, the latter is a process to reduce public grievances through offering solutions locally.

Though it was the brainchild of Trinamool election strategist Prashant Kishore, Mamata Banerjee wants to continue the projects so that it does not become an election stunt.

The Trinamool Congress government is expected to roll back the projects with government camps to be held in August-September and December-January.

Chief Minister Banerjee is well aware that the overwhelming support of women voters has enabled her to come to power and hence the state government is likely to strengthen the social safety net keeping women in mind.

The monthly average consumption expenditure of the state is Rs 5,249. Providing monthly income support of Rs 500 (annual Rs 6,000) to general category families and Rs 1,000 (annual Rs 12,000) to scheduled caste and scheduled tribe families, which will be 10 and 20 percent of their monthly expenses.

This amount will be deposited directly into the bank accounts of 1.6 crore Vice-Chancellors of each family in West Bengal. This will include every house of the SC / ST community. For the general category, this income support will be provided to all families except at least one tax-paying member (42.30 lakh people) and people with land of more than 2 hectares (2.8 lakh people).

A senior party leader said, “The budget outlay for this scheme will be around Rs. 12,900 crore every year.”