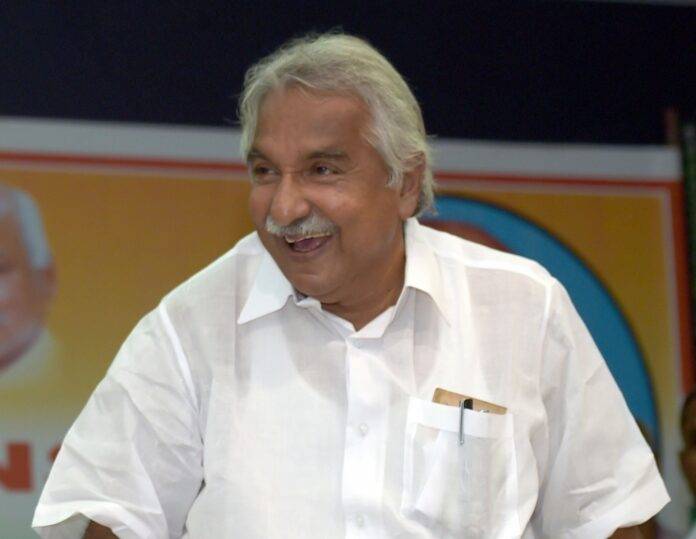 Thiruvananthapuram| Oommen Chandy, a two-time former Congress chief minister, is confident that Kerala’s electoral history will remain intact like every election, that is, the opposition will return to power once again.

The counting of votes for the 140 members of the Kerala Legislative Assembly will begin at 8 am on Sunday.

77-year-old Oommen Chandy was at his residence after the veteran leader returned from Kannur, where he had gone to attend the funeral of VV Prakash. His party’s junior colleague and party candidate in Nilambur assembly constituency, who died two days ago of a heart attack.

Chandy said, “The Congress party does not attach much importance to many exit polls, all of which have said that Pinarayi Vijayan will make history by becoming the first person to hold power.”

“Neither my party nor I accept these exit polls because it has not come true.”

Chandy said, “There is a big reason why we feel that Vijayan will not come back. There is a feeling among a good section of the party. For the best interest of his party, Vijayan will have to lose, because he is an autocratic leader Has changed. 33 MLAs of CPI-M were not allowed to contest elections. This is the first time from our side that we have fielded new faces in more than half of the constituencies. All these are the reasons why we have won Why are you so confident? ”

Chandy also said that there are alleged reports of a secret relationship between the BJP and the CPI-M, as the enemy of the BJP is the Congress party.

The BJP’s plan is that if they want to win in Kerala, they will have to eliminate the Congress and the secret agreement was for it. But it appears that the RSS was not keen on this treaty. Even the slowing down of investigations by various central agencies in gold smuggling and similar cases as this treaty knows that if strict action is taken in the cases, the Congress party will directly benefit.

Chandy said on Saturday that he would go to his home constituency Puthupalli in Kottayam, where he is hoping for his 12th consecutive victory. He won that seat for the first time since his first election in 1970.

Asked when he would return, he said, “I will return here on Sunday night as the discussion will start from Monday.”

Chandy said, “I haven’t set my mind to these kinds of things. Common practice is the AICC that takes the final call. So first we must wait for the results.”

Chandy is in a state of recovery after being negative from Kovid last month, but everyone knows that not only Chandy, but any politician’s energy will rise when power returns.

PIL filed regarding Bhawanipur by-election, the question on the jurisdiction of Chief Secretary

Kolkata| A Public Interest Litigation (PIL) has been filed in the Calcutta High Court questioning the jurisdiction of the Chief Secretary objecting to him requesting...
Read more
National