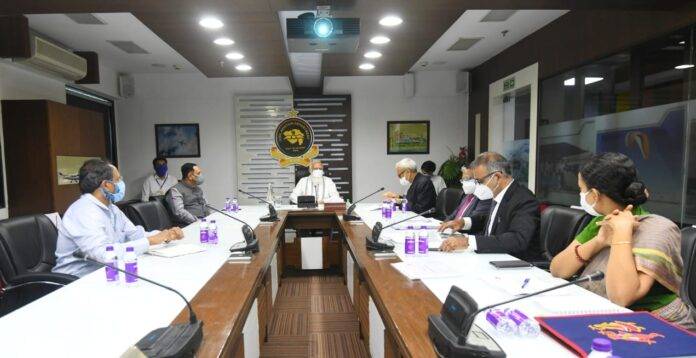 After a two-hour survey sitting in an Indian Air Force helicopter, the Prime Minister held a review meeting with the Gujarat CM and other senior officials of the state administration at the Sardar Vallabhbhai Patel International Airport building in Ahmedabad.

A presentation was made to the PM regarding the primary assessment of the devastation caused by the attack. Details about damage assessment, restoration and relief work were also discussed.

After the meeting, the PM announced financial support. 1,000 crore for immediate relief activities in Gujarat. The central government will deploy an inter-ministerial team to visit the state to assess the extent of the damage.

The PM told the CM of Gujarat that the Center has assured all possible help for the restoration and reconstruction of the infrastructure in the affected areas of the state.

The PM also announced an ex-gratia assistance of Rs. Announced giving Rs 2 lakh to the next of kin of those who died due to the trauma and Rs 50,000 for the injured. This assistance will be given to all the people affected by the blows all over India.

During the meeting at the Ahmedabad airport, the PM also reviewed the Kovid-19 situation in Gujarat.

The cyclonic storm hit Gir-Somnath, Amreli, Bhavnagar districts on Tuesday with a wind speed of about 150 kmph. The three districts suffered the most damage, with intensity gradually decreasing as they passed through Ahmedabad on Tuesday.

The state has suffered a huge loss due to the storm and according to an estimate, Gujarat has suffered a total loss of about three thousand crore rupees.

The biggest loss has been to the power network of Rs 1,400 crore and about Rs 1,200 crore to the agriculture sector. Crops such as mango, banana and coconut have been ruined. The falling of trees has disrupted the power lines and blocked internal and major roads, affecting the relief work.

CBI REGISTERS A CASE AGAINST MUMBAI BASED PRIVATE COMPANY & OTHERS INCLUDING ITS CMD ON THE ALLEGATIONS OF BANK FRAUD, AND CONDUCTS SEARCHES