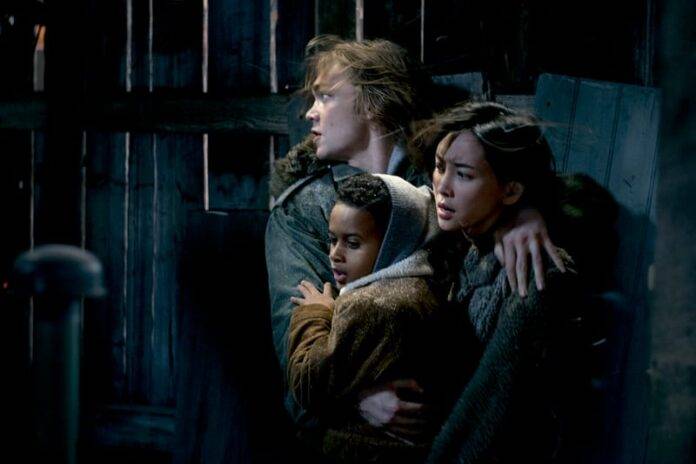 What if the white beauty we all admire becomes the very reason for mankind’s end? What if the moon hurls towards earth one fine day? The maestro behind superhit disaster flicks such as Independence Day, The Day After Tomorrow and 10,000 BC; director Roland Emmerich now brings audiences a breathtaking visual bonanza in “Moonfall”.

The Halle Berry starrer follows the story of former NASA astronaut Jo Fowler, who can prove to be earth’s last chance when the moon is on a deadly collision course with the planet. With apocalypse approaching and no support from the authorities, she only has an ex colleague and a conspiracy theorist to fall back on. What happens next forms the crux of the thrilling film!

Talking about bringing the epic Sci-Fi saga to Indian screens, Mr. Kamal Gianchandani, CEO, PVR Pictures, says, “May it be Godzilla or 2012, Roland Emmerich is known for his larger than life blockbusters, and PVR is elated to be brining his upcoming release to India. Moonfall is a grand entertainer filled with awe inspiring imagery”.

He further adds, “PVR Pictures has always associated with the best of international cinema, and with Moonfall, we now bring an edge of the seat intergalactic adventure to Indian screens. Rolland Emmerich’s films have been huge successes in India, and Halle Berry has a huge fan base here too, audiences have a lot to be excited about this February.”

Apart from Halle Berry, the film also features The Conjuring’s Patrick Wilson and Ant Man’s Micheal Peña among others. It will be dubbed and released in Hindi, Tamil and Telugu languages as well.

Mumbai: Shah Rukh Khan, known as the King Khan of Bollywood, has always been known for his eloquence, but the way he uses his tact...
Read more
Entertainment

Mecca’s mosques will reopen on Sunday