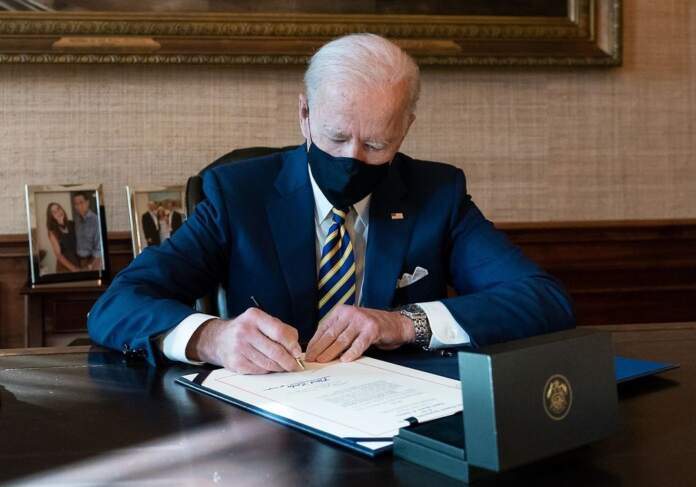 New York | US President Joe Biden has announced $ 2 billion for Covax under a World Health Organization-backed initiative. He has also urged others to take steps in this direction. The objective of this initiative is to ensure equal access to vaccines worldwide. According to a press release issued by the US State Department, Biden stated that “I am announcing that the United States is expressing a pledge to give $ 2 billion for Covax(Covid-19 Vaccine Global Access)”. Also, I am urging others to step forward with the promise of giving an additional $ 2 billion.

The US president on Friday held talks with G-7 leaders at the 2021 Virtual Munich Security Conference. During the meeting, he said that my first national security mission as President is focused on defeating Covid-19 and enhancing health and human responses to better prevent and prepare for the next pandemic.

He further said that the Trans-Atlantic Alliance is a strong foundation on which our collective security and our shared prosperity are built. The partnership between Europe and the United States… should remain the cornerstone of all that we hope to achieve in the 21st century.

Regarding the NATO Alliance, Biden said the US would work closely with our EU partners and capitals across the continent to tackle common challenges – from Rome to Riga. We want to continue to support the goal of peace throughout Europe.

A few hours after Washington formally returned to the Paris Agreement, Biden said that we can no longer delay or do much on the issue of climate change.

Biden said the Kovid-19 epidemic is an example of an issue that needed global cooperation. He called for reform of the World Health Organization and the creation of a United Nations system that focuses on biological hazards and can initiate rapid action.

New Delhi | India on Saturday strongly supported the candidature of Maldivian Foreign Minister Abdullah Shahid for the presidency of the 76th session of the United...
Read more

Germany will first give corona vaccine to weak people