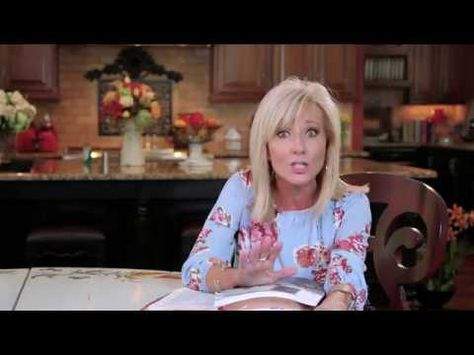 One of the most prominent Southern Baptists in the country is leaving the denomination. Beth Moore, an author and speaker who teaches on biblical topics to arenas filled with evangelicals, cited the “staggering” disorientation of seeing denominational leaders support Donald J. Trump, among other issues.

“There comes a time when you have to say, this is not who I am,” Ms. Moore told Religion News Service in a bombshell interview published Tuesday. “I am still a Baptist, but I can no longer identify with Southern Baptists.”

She also told the news service she had recently ended her longtime publishing relationship with Lifeway Christian, the denomination’s publishing arm.

Ms. Moore is not a traditional denominational leader. She does not lead a church or teach at a seminary. (Indeed, the Southern Baptist Convention prohibits women from preaching to adult men.) But she arguably wields deeper loyalty and more authentic influence than many of the men often called on as spokesmen for evangelicalism.

“Beth Moore is one of the most popular evangelists in the world,” said Kate Bowler, a historian at Duke Divinity School and author of a 2019 book about evangelical women celebrities. “Outside the Southern Baptist Convention, who can name another Southern Baptist right now?”

Moore is the founder of Living Proof Ministries, a Bible study organization for women based in Houston, Texas. For decades, she has been teaching people to love Jesus and model their lives on the word of the Bible. Millions of evangelical Christian women have purchased her books and flocked to hear her speak before stadium-sized crowds across the country.
A series of scandals involving Southern Baptist leaders came to light in 2018. And in 2019, the Houston Chronicle and San Antonio Express-News published a sweeping investigation that found about 380 Southern Baptist leaders and volunteers had faced allegations of sexual misconduct and more than 700 victims had been abused over 20 years.
In 2018 Moore published a blog post titled “A Letter To My Brothers,” in which she wrote about being a female leader in the conservative evangelical sphere and described instances of misogyny that she had experienced personally.

5 US Marines killed in a military plane crash

Los Angeles | Five Marines were killed when an MV-22B Osprey military plane crashed in the US desert of Southern California. This information was given in an...
Read more
Top Stories

United Nations | Japan has been elected to the UN Security Council to succeed India as a non-permanent member for a two-year term starting next year. Japan...
Read more