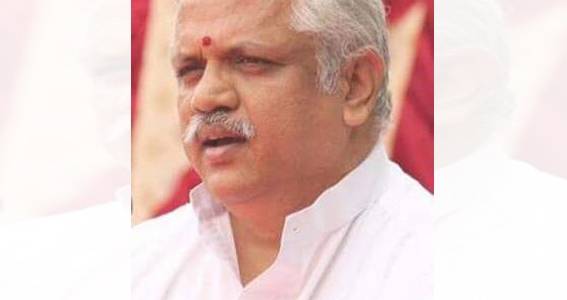 New Delhi| Ahead of the possible reshuffle in the Union Cabinet, BJP’s National General Secretary (Organisation) B.L. Santosh on Tuesday met party president J.P. Nadda at his residence and discussed possible changes at the organizational level. Sources said a possible cabinet reshuffle is expected to be the main agenda of discussion between Nadda and Santosh, likely to give possible ministerial berths to BJP’s ally Janata Dal-United (JD-U).

The number of cabinet berths to be given to JD-U will also be discussed between Nadda and Santosh. JD-U is demanding four ministers, two cabinet and two ministers of state. After talking with the JD-U leadership about the cabinet reshuffle, Santosh will also hold talks with Union Home Minister Amit Shah.

Another party insider said the BJP chief and Santosh are likely to meet Prime Minister Narendra Modi later on Tuesday evening, but there is no confirmation yet about the meeting.

Nadda, who was on a two-day visit to Himachal Pradesh amid talks of cabinet reshuffle, returned to Delhi on Tuesday.

Sources said a cabinet reshuffle is likely in a day or two, for which BJP MPs have been asked to reach the national capital at the earliest. However, there has been no confirmation from the party or the government about the timing of the possible cabinet reshuffle.

A party insider said, “Since last month, talks have been held with the Prime Minister about a possible cabinet reshuffle with several rounds of discussions with senior party leaders including Shah, Nadda and Santosh. The performance of the existing ministers has been reviewed.

9 Amritsari dishes that you must try out!