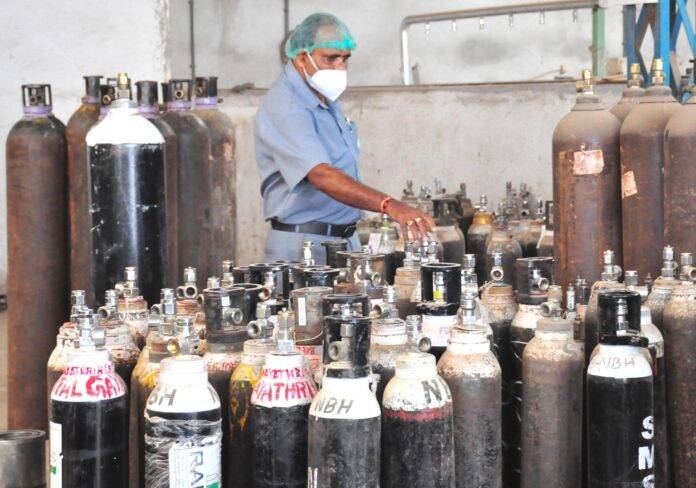 New Delhi| The demand for oxygen in Delhi is 976 metric tonnes but during the last 24 hours, only 577 metric tonnes of oxygen was provided to Delhi. According to the Delhi government, a low supply of oxygen may cause problems for corona patients in hospitals. This is the reason that once again Delhi has asked the central government to ensure the supply of oxygen.

Raghav said that Delhi needs at least 700 metric tonnes of oxygen per day. The High Court and the Supreme Court have also recognized 700 metric tons of oxygen for Delhi. Despite this Delhi is not getting enough oxygen.

Raghav said that due to lack of oxygen, 9 SOS calls for oxygen were received from hospitals in Delhi on 6 May. All these were provided with oxygen by acting on the calls. SOS calls were made for a total of 909 oxygen beds. Addressing this, 5.10 MT of oxygen was sent to these hospitals.

Controversy over ‘The Kashmir Files’: 70 detained for creating ruckus outside Delhi CM’s house