Delhi: The third wave of Corona at Peak, Government hopes to reduce matters 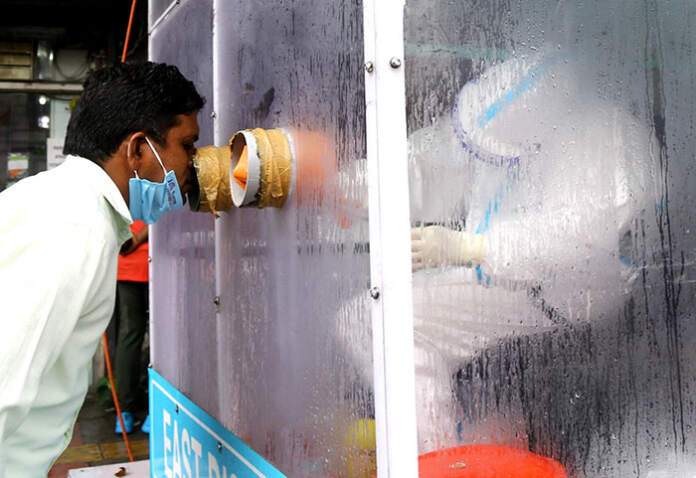 NEW DELHI | New cases of corona in Delhi are setting new records every day. For the past several days, every 24 hours, around 7 thousand or so new corona patients are coming out. In such a situation, the Delhi government believes that the third wave of Corona has arrived in the capital. Also, this time is the peak level of the third wave. Where the Delhi Government believes that this third wave of Corona and its peak has arrived. At the same time, the government is also believing that now Corona cases should not increase in Delhi.

Health Minister Satyendar Jain of Delhi Government said the third wave of the corona has arrived in Delhi. However we will come out of this soon.

Health Minister said, it is the season of festivals, there is a lot of crowd in many places for shopping. Apart from this, there are many other reasons for the rise in corona cases. Appeal to the people that unless the vaccine is found, consider your mask only as a vaccine and must apply the mask.

Satyendra Jain said that the Delhi government has increased 500 corona beds and 110 ICU beds in government hospitals. At the same time, 685 beds have been increased for corona patients in private hospitals.

Satendra Jain said the third wave of corona and its peak is going on in Delhi. The first peak of Corona on 23 June, the second on 17 September and the third peak has now arrived. We feel we should go down after this.

The Delhi government has increased a total of 1,185 beds for corona patients to hospitals. He said that 80 percent of the ICU beds were reserved in the private hospital, which was stayed by the High Court. SLP has been filed in the Supreme Court for that

New Delhi| The cases of corona infection in Delhi seem to be decreasing continuously. According to the report released on Thursday, more than 2500 Kovid cases...
Read more
Corona

Demand for distribution of 3 months free ration for 10 states: Paswan