Home Corona More than 400 people died in Delhi from Corona for the second...
CoronaNationalDelhi 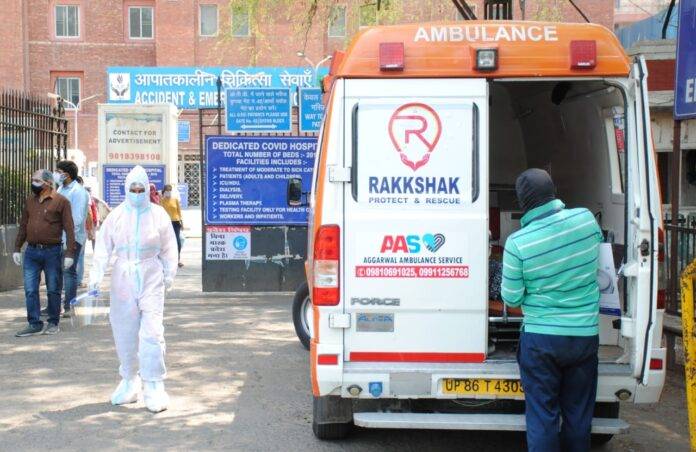 New Delhi| More than 400 people have died due to corona infection in Delhi for the second consecutive day on Sunday. According to the report revealed on Sunday, 407 corona patients died in the last 24 hours. Earlier on Saturday, according to a Health Ministry report, 412 people died of the corona. Despite the lockdown in Delhi, deaths from Corona are increasing. On Saturday, 412 people died of corona in Delhi. In Delhi, such a large number of corona patients have not died within the first 1 day.

On Sunday, 407 corona patients died, while 20,394 new corona patients have appeared. During the last 24 hours, 71,997 corona tests were done to test the corona. It is a matter of relief that 28.33 percent of the people in the corona test were found to be corona positive, while on Saturday the positivity rate was 31.60 percent.

At the same time, the number of active patients of Corona has crossed 33.49 lakhs across the country. During the last 24 hours, more than 3.92 lakh people have been found to be corona positive. During the 24 hours, 3689 people have died due to corona across the country. Earlier on Saturday, more than four lakh corona patients were found in 24 hours.

Delhi FM Sisodia along with the FMs of other states discussed viable options to account for the shortfall in the economy suffered due to...