Four died within hours of corona symptoms coming up in UP 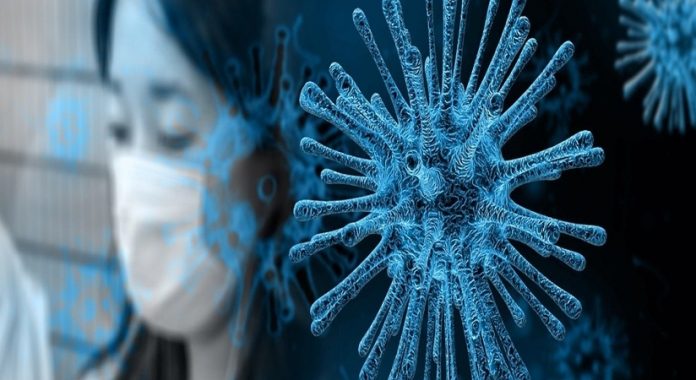 Lakhimpur Kheri| There is an atmosphere of fear and panic in Lakhimpur Kheri, Uttar Pradesh, with the death of four people within a few hours of developing symptoms of Covid in the last 24 hours. In the first case, a 28-year-old woman was taking her mother to Lucknow for treatment on Tuesday due to chest-related discomfort.

She was looking for a hospital to enroll her mother that she died before.

His body was taken to a hospital in Lucknow where he underwent corona examination and his test came back positive.

Meanwhile, the woman was carrying her mother’s body back to Lakhimpur Kheri on Wednesday morning when the girl died in an ambulance due to difficulty in breathing.

In the second case, the 42-year-old income tax officer died hours after fever. He was admitted to a government-run hospital in Lakhimpur Kheri after suffering from chest pain, then died within an hour.

In the third case, the owner of an eatery died of pneumonia before he was hospitalized.

In the fourth case, the Vice Principal of a school was undergoing treatment for chest pain at home that he died in a private hospital due to a high fever. His corona test was not positive.

Last week, the three brothers died of high fever within a few hours. When the doctors saw him in the hospital, all three had died. Their samples have been taken.

A relative said, “We have not received any report yet. We do not know whether my cousin died of Covid-19.”

The number of deaths from official Covid-19 in the district was 2 on Wednesday.

Chief Medical Officer of Lakhimpur Kheri, Manoj Aggarwal said, “Two deaths due to corona have been confirmed in the district on Wednesday.”

Meanwhile, a senior doctor in the district said that the rapid emergence of such cases indicates detailed research.

“Even if the death of patients is due to Covid, it is dangerous to die within an hour. There have been about a dozen such deaths so far and we need to raise this issue without delay,” he said.

Chinese company VIVO will not be a sponsor of IPL, decision decided after heavy opposition