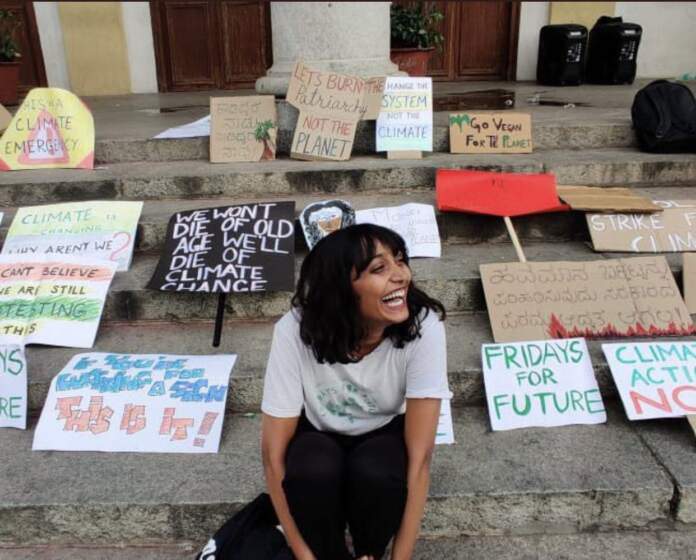 New Delhi | A Delhi court on Friday sent climate activist Disha Ravi to judicial custody for three days in a ‘toolkit’ case. 21-year-old Disha Ravi was produced in the court amid tight security after five days of police custody.

Disha was arrested from Bengaluru on February 13 on charges of editing and sharing a ‘toolkit’ on social media related to farmers’ protests.

During the proceedings, the Delhi Police told Additional Chief Metropolitan Magistrate Akash Jain that Disha was reluctant to respond during interrogation and blamed co-accused Nikita Jacob and Shantanu Muluk.

The police requested the court to send him to judicial custody for three days. A notice has been served to co-accused Shantanu, who will be involved in the investigation on February 22, after which both will be questioned face to face.

Public Prosecutor Irfan Ahmed told the court, “She is reluctant to answer. We have given a notice to co-accused Shantanu, who will be involved in the investigation on February 22. Disha will be interrogated with the co-accused. ”

The prosecutor said, “During the interrogation, Disha Ravi blamed Nikita and Shantanu. All the accused need to be held face to face with each other. That is why three days of judicial custody are being sought.”

The court was also told that Disha Ravi has applied for bail, which will come up for hearing on February 20.

The cyber cell had filed an FIR against the ‘pro-Khalistan’ makers of the ‘toolkit’ for waging a ‘social, cultural and economic war against the Indian government’.