Facebook launches OCULUS QUEST 2, the next gen of VR 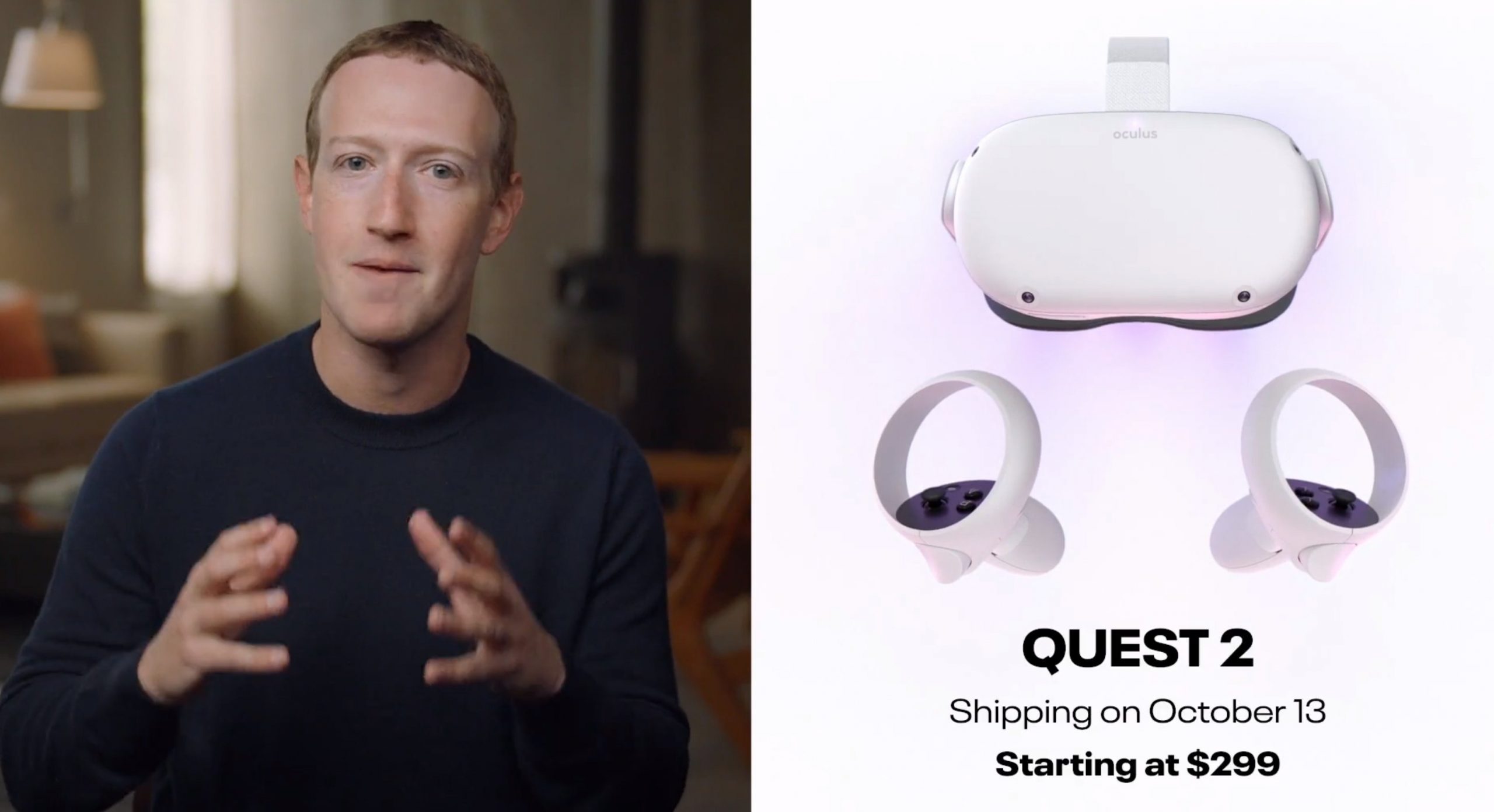 Oculus Quest changed the game for wireless VR. It delivered fresh experiences for enthusiasts and new opportunities for developers, all while introducing immersive gaming to newcomers across the globe. Today, we’re excited to announce Oculus Quest 2, the next generation of all-in-one VR. Quest 2 pushes the state of VR forward with a redesigned all-in-one form factor, new Touch controllers, and our highest-resolution display ever. Occulus or Oculus Quest 2 price starts at $299 USD—$100 USD less than the original Quest and Pre orders are open now, and Quest 2 ships October 13.

Quest 2 packs a suite of innovations to power the next generation of VR games and experiences. With the first Quest headset, we debuted a revolutionary all-in-one form factor powered by innovations like the Oculus Insight tracking system. With Quest 2, we’re taking things even further, starting with a multi-generational leap in processing power with the state-of-the-art Qualcomm® Snapdragon™ XR2 Platform offering higher AI capability, and 6GB of RAM. The new display features 1832 x 1920 pixels per eye—our highest resolution display yet. With 50% more pixels than the original Quest, everything from multiplayer games and productivity apps to 360° videos look better than ever.

We didn’t stop there. With Quest 2’s increased graphics processing power, this new display is capable of supporting 90 Hz. You’ll be able to run system applications at 90 Hz on day one, including the Home Environment, Explore, Store, Browser and Oculus TV by opting in via Experimental Features. We’ll open up 90 Hz to all developers soon after launch.

The Best VR Games and Experiences

Quest 2 gives you access to the full breadth of the Quest content library, which will also include exciting upcoming titles like Star Wars: Tales from the Galaxy’s Edge, Myst, Jurassic World Aftermath, Warhammer 40,000 Battle Sister, Pistol Whip: 2089, The Climb 2, Rez Infinite, and many more. Quest 2 is also compatible with Oculus Link, so you can enjoy the best of PC VR gaming —including Asgard’s Wrath, Stormland, and Lone Echo, as well as upcoming titles like Lone Echo II and Medal of Honor: Above and Beyond. With hundreds of popular Quest and Rift games available, and many more on the way, there’s never been a better time to jump into VR. Click here to see more of what’s in store.

From the start, we wanted Quest 2 to help more people discover what VR has to offer. That’s why we redesigned the headset to achieve a slimmer profile, cutting over 10% of the weight from the original Quest so it’s more portable and easier to wear. We also know that adjustable IPD (interpupillary distance) is an important factor when considering VR headsets. Quest 2 includes a built-in IPD adjustment mechanism with three settings, letting people adjust lens position for visual comfort.

Advancing the State of VR

Over the past year, we’ve heard from developers and the VR community alike that Quest delivers on the promise of VR better than any other headset. It offers flexibility and comfort while letting people enjoy both wireless Quest titles and the best of high-powered PC VR (through Oculus Link), all with a single all-in-one headset. This is the future of VR.

With a higher resolution panel and the ability to reach a higher refresh rate than Rift S, all in a lighter form factor and at a lower cost, Quest 2 brings a leveled-up PC VR gaming experience to enthusiasts. We’ve worked hard to improve Oculus Link’s performance, stability, and third-party cable compatibility since its launch in November 2019. After months of testing and community feedback, Oculus Link will exit beta this fall with improved fidelity and support for 90 Hz coming soon. And next year, we’ll debut a unified system experience that taps directly into the Quest user interface, so you’ll find your PC games and Quest games all in the same spot.

‘Mutations keep happening, we need to be vigilant’