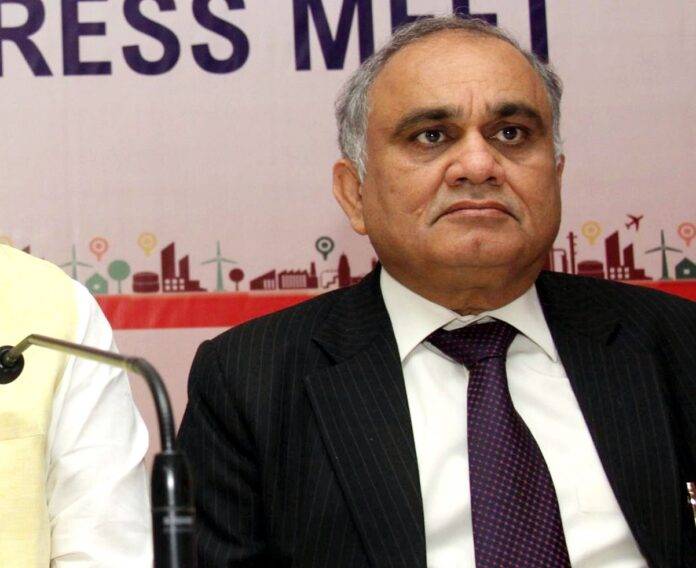 The poll panel is to oversee the next set of crucial assembly elections to be held in Uttar Pradesh, Punjab, Goa, Manipur and Uttarakhand next year.

Pandey, 62, will retire from the post just before the likely announcement of the 2024 Lok Sabha elections, as he will step down in February 2024 when he turns 65, as per the age criteria for election commissioners.

Born on February 15, 1959, Pandey is a 1984 batch Indian Administrative Service officer of the UP cadre. During his 37 years of service, he has held important positions both at the Central and State levels.

Prior to joining the Election Commission, Pandey served as a member of the National Green Tribunal Oversight Committee, Uttar Pradesh.

Pandey was chosen by Uttar Pradesh Chief Minister Yogi Adityanath to head the state’s bureaucracy as Chief Secretary on June 28, 2018, and he retired from the post in August 2019. Under his supervision, the state-organized Kumbh Mela in Prayagraj and Pravasi Bharatiya Divas in 2019 in Varanasi.

Prior to this, Pandey served as Industrial Development Commissioner and successfully organized a Mega Investors Summit in Lucknow in 2018. He initiated various policy reforms in industries and the business sector including Single Window Nivesh Mitra Portal.

As Additional Chief Secretary (Finance) of the State, he oversaw the successful design, planning and implementation of the State’s Agricultural Debt Waiver Scheme.

Pandey has handled various departments during his deputation to the Centre.

He has represented the country at various international fora such as G20 and International Labor Organization. He has also been Director in the Ministry of Health and Family Welfare and the Department of Consumer Affairs.

Holding a Bachelor’s degree in Mechanical Engineering from Punjab Engineering College and a Master’s degree in Materials Management from Panjab University, Pandey has a keen interest in the study of history. He has also done a Ph.D. in Ancient Indian History from Magadha University.

Pandey has a keen interest in writing and has authored a book titled Governance in Ancient India, which explores the development, nature, scope, functions and related aspects of the Indian Civil Service from the Rigvedic period to AD 650.

13 farmers come out of the border to meet Amit Shah