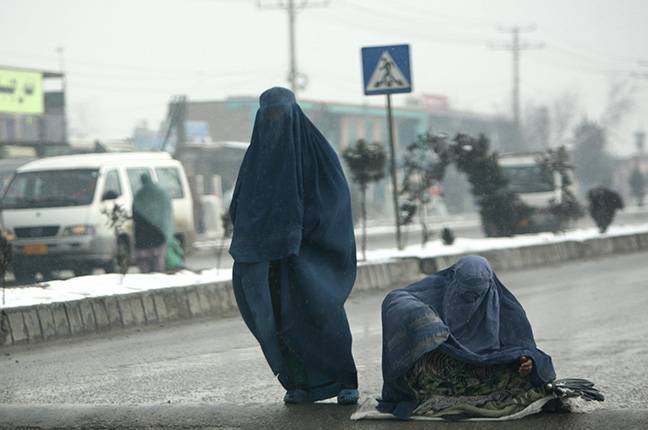 New Delhi | Hundreds of women who fled their villages to escape a war between Afghan soldiers and Taliban militants have gone missing in the Shahr-e-Nav Park in the Afghan capital Kabul. It is claimed by Naved (changed) who is an Afghan national and lives in Delhi. He told IANS, “I am saying this with full responsibility that hundreds of women who took shelter in the Shehr-e-Nav Park are missing. The families have been searching for them for the past several days, but they have not been found. Right now, Afghanistan That’s the situation.”

Naved said he left his country about eight years ago, but he still has good sources of information in Afghanistan because he is associated with a private US security firm that deals with “informing” local citizens.

He said that bombings, shelling and airstrikes are nothing new for the people of Afghanistan as they were used to it since childhood, but did not imagine that they would have to leave the country.

“The lives of youth in Afghanistan are always at risk, especially young women. Taliban terrorists enter homes and forcefully take away young women. This has been happening for many years, but the government has remained silent,” he said.

“If hundreds of young girls suddenly disappeared from the Shehr-e-Nav park, who is to be blamed?”

He added that “if today the Taliban have taken over the whole of Afghanistan and people are forced to leave the country, President Ashraf Ghani should be ‘most responsible for it. It has not come overnight. One by one the provinces were captured and the Afghan government did nothing.”

He said that in Kunduz alone, more than 50,000 people, more than half of them children, have fled their homes.

Responding to what would happen if a joint government was formed with the Taliban, he said, “Look, all the youth of Afghanistan are well aware that their future is doomed. After we had hope, but now things have changed. If our own President runs away handing over the country to the Taliban, what else can we expect? We are now disappointed. Our whole life will be spent as refugees. “