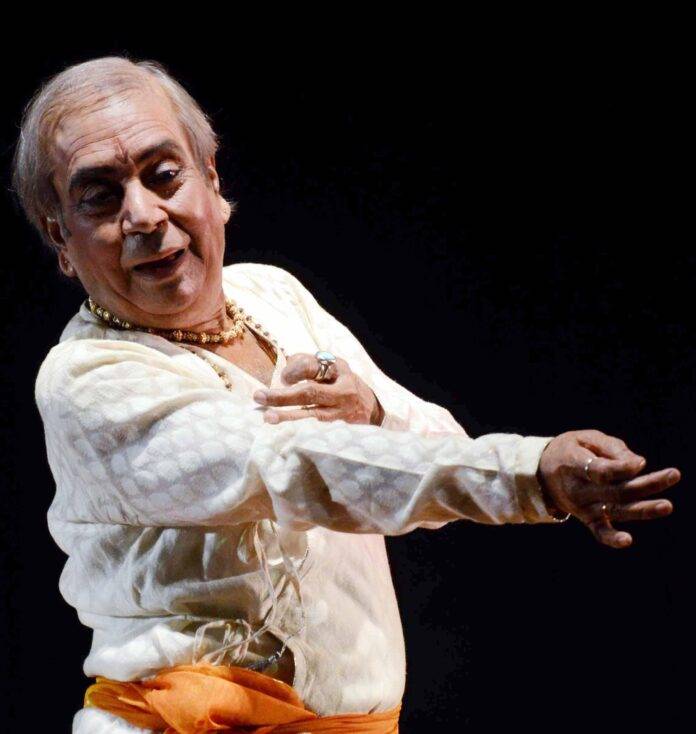 New Delhi| Kathak legend Birju Maharaj passed away late on Sunday night due to a heart attack. He was 83 years old. A few days back, Maharaj was diagnosed with kidney disease and was on dialysis.

Maharaj Ji was playing with his grandson when his health suddenly deteriorated. After which he was taken to the hospital, where doctors declared him brought dead.

Awarded the Padma Vibhushan, the country’s second-highest civilian award, Maharaj was a lifelong Kathak guru as well as a talented Hindustani classical singer and percussionist.

He is remembered by cinema lovers for two dance sequences in Satyajit Ray’s historical drama ‘Shatranj Ke Khiladi’ (for which he also sang) and for the track ‘Kahe Chhede Mohe’ featured on Madhuri Dixit in the 2002 Devdas version.

Union Defense Minister Rajnath Singh tweeted, “Pandit Birju Ji Maharaj represented the art and culture of India. He popularized the Lucknow Gharana of Kathak dance across the world. His passing away is a great loss to the performing arts world. ”

Birju Maharaj was the son of Jagannath Maharaj of the Lucknow Gharana, better known as Achchan Maharaj, whom he lost when he was only nine years old. His uncles were the famous Shambhu Maharaj and Lachhu Maharaj.

General Rawat, his wife and 11 others killed in helicopter crash: Air Force

4 terrorists of Jamaat-ud-Dawa including Hafiz relatives convicted in Pak!