Monsoon session of Parliament will run from July 19 to August 13: Birla 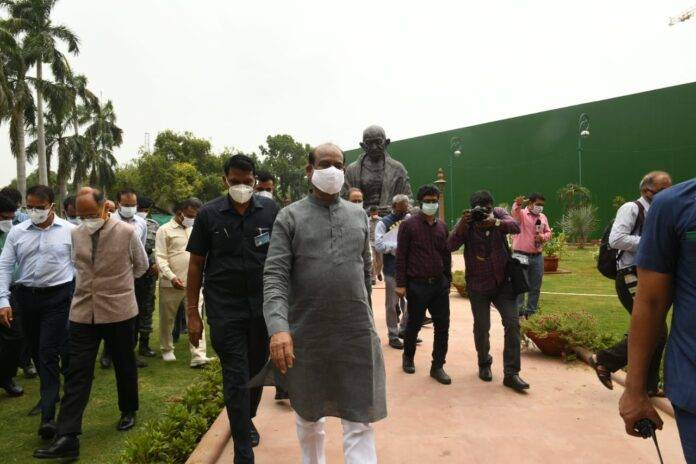 New Delhi| The Mansutra session of Parliament will be held from July 19 to August 13. The Parliament session will begin at 11 am and will continue till 6 pm. Earlier, different time slots were kept for both the Houses due to the Covid-19 pandemic, but now Parliament will return to its normal business from 11 am during the monsoon session starting July 19.

The seating arrangement of MPs has also been done in the same chamber and this is unlike the previous two sessions when one group of MPs was sitting in Lok Sabha and the other in Rajya Sabha.

In the last two sessions, the Rajya Sabha functioned from 9 am to 1 pm and the Lok Sabha lasted from 4 pm to 9 pm and MPs used to sit in both the chambers to avoid the spread of the COVID-19 virus.

Referring to this being the sixth session of the 17th Lok Sabha, Lok Sabha Speaker Om Birla said on Monday that the monsoon session will run from July 19 to August 13 and will have 19 days of business.

He said that the session timings for both the houses would be from 11 am to 6 pm.

As the coronavirus pandemic continues, sessions will be held in both the Houses of Parliament with all necessary protocols and arrangements will be made to accommodate members on a social distancing basis.

Birla said that all members and media will be allowed as per the COVID-19 rules. He said the RTPCR test is not mandatory. We will request testing from those who have not been vaccinated.

He said that the sitting of the House would start at 11 am during the monsoon session.

He said that according to the health safety protocol, arrangements have been made for the MPs to sit in the house with social distancing. 280 members will be able to participate in the proceedings of the House by sitting in the Lok Sabha chamber and 259 in the gallery of the Assembly.

All subjects including Question Hour, Zero Hour, matters covered under Rule 377, official legislative business and private members’ business will be taken up during the monsoon session.

He said that as before, the entry of other persons in the Parliament House complex would be restricted.

He further mentioned that the tenure of the 17th Lok Sabha so far has been historic in many ways such as the work productivity during the five sessions held in the last two years stood at 122 percent. Birla said that about 167 percent of work productivity of the fourth session is a remarkable achievement. During the five sessions, 114 sittings were held which is more than the 14th, 15th and 16th Lok Sabha.

He said the special achievement of the 17th Lok Sabha was to provide maximum opportunities to the members to bring to the notice of Government matters of immediate public importance during Zero Hour. So far, 3,389 subjects (an average of 29 subjects per day) have been raised during Zero Hour, which is more than the previous Lok Sabha.

Lok Sabha Speaker said, timely replies are also being received from the Ministries on the matters raised by the members under Rule 377. About 90 percent of the topics raised so far under this rule have been answered within a time limit of one month. This figure is also more than the last Lok Sabha.

Remo D’Souza returned from the hospital