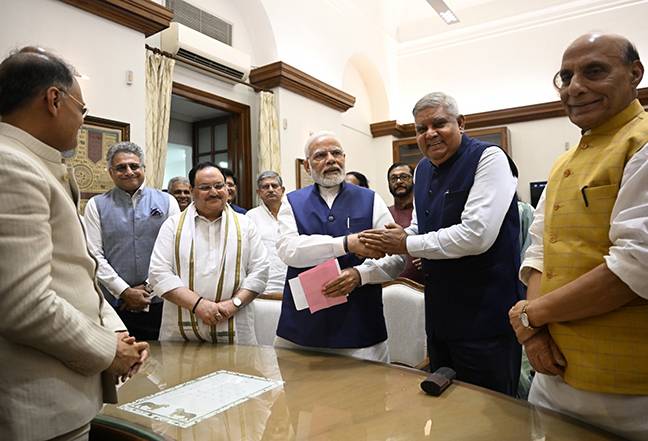 New Delhi | Jagdeep Dhankhar, who was nominated for the post of Vice President by NDA, filed his nomination on Monday. Many veteran leaders and ministers of the BJP including Prime Minister Narendra Modi, JP Nadda, Amit Shah, and Rajnath Singh were also present on this occasion. During the nomination, leaders of NDA constituents were also present with Dhankhar.

Before filing the nomination for the post of Vice President, Prime Minister Narendra Modi held a meeting with NDA MPs at the Parliament Library Building. Dhankar then filed his nomination papers with Prime Minister Modi and other leaders before the Returning Officer, Lok Sabha Secretary General for the Vice Presidential election, Utpal Kumar Singh, at the Parliament House.

Let us tell you that the last date for nomination for the post of Vice President is 19th July. Polling for this post will be held on August 6, 2022, from 10 am to 5 pm.

More than 30 people died in 24 hours in Afghanistan