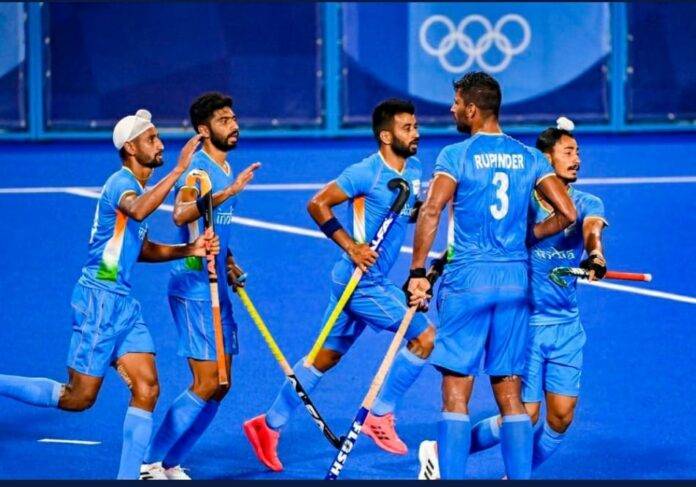 Tokyo | India’s men’s hockey team has achieved the distinction of winning an Olympic medal after a gap of 41 years. India defeated Germany 5-4 in a thrilling match for the bronze medal at the Tokyo Olympics. The Indian team lost to Belgium in the semi-finals. After this, he got a chance to win bronze. At one point the Indian team was trailing 1-3 against Germany, but scoring four goals in seven minutes, the Indian players turned the direction of the match.

India last won a gold medal at the 1980 Moscow Olympics. Talking about the bronze medal, India won this medal by defeating the Netherlands in the 1972 Munich Olympics.

This is India’s fourth medal in Tokyo. Apart from hockey, India has won medals in weightlifting, badminton and boxing.

With this defeat, Germany lost its chance to win a second consecutive bronze after the 2016 Rio Olympics.

However, the first goal of the match was scored by Timor Oruz of Germany in the second minute. Oruz gave his team a 1-0 lead through a fine field goal.

Germany entered the second quarter by the same margin. Simranjit Singh, however, scored a goal in the 17th minute at the start of the quarter to make the score 1-1. It was a field goal.

However, Niklas Wallen scored in the 24th and then Benedict Furck in the 25th minute to once again take Germany 3-1.

After this, India did not stop and took a 5-3 lead by scoring one goal after the other. Rupinder Pal Singh scored India’s fourth goal on a penalty stroke in the 31st minute while Harmanpreet Singh scored his second and fifth goal for the team in the 34th minute.

The German team was also not going to give up. He added excitement to the match by scoring his fourth goal in the 48th minute. Lukas Windfeder scored the goal for Germany from a penalty corner. Now the score was 4-5. The German team made several attacks at the last minute but the Indian defense was ready. He defended the score by thwarting all the attacks and ended a 41-year drought.