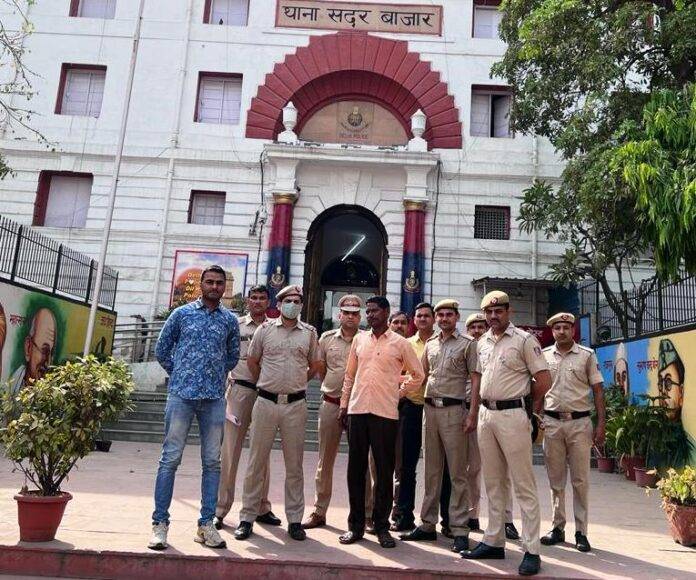 Delhi: The alert team of Police Station Sadar Bazar has arrested an Interstate drug peddler who used to supply the Opium from Bareilly, Uttar Pradesh to Delhi and recovered 1930 grams of high-grade Afeem/Opium worth more than Rs. 05 Lakhs in the black market. The mobile handset and SIM card used in the drug trafficking activities have also been recovered from his possession.

Police Station Sadar Bazar in its continuous crusade against street crime and organized crime has collected database of all criminals arrested during last 03 years in organized crime and started verification drive against them and action is being taken against the active criminals. Patrolling has been enhanced and secret informers deployed in the vulnerable and crime prone areas.

On 14.04.2022, enhanced patrolling was being conducted in the jurisdiction of PS Sadar Bazar by the officials of Team “Vighat”. ASI VP Singh and Ct Sanjay of Team Vighat PS Sadar Bazar while patrolling in Idgah Park at about 10:30 PM, spotted a person in suspicious condition. The suspicion got concrete when the alleged man who was carrying a black colored shoulder bag tried to dodge cops after observing them on patrol. As soon as he tried to run away, the duo police officials swung into action and cornered him before he could give them a slip. The apprehended man was identified as Chheda Lal, age-48 years presently residing in a temporary shanty on the banks of river Yamuna at Madanpur Khadar, JJ Colony Delhi and a permanent native of PS Siroli, District Bareilly, Uttar Pradesh. He was straightway questioned for acting suspiciously upon which he could not give a satisfactory reply to the police officials. Ensuing which the black bag which he was carrying on his shoulders was searched upon by the police team and a fine quality of “Opium/Afeem” (total weighing 1930 Grams) was recovered from his bag.

Further investigation of the case is in progress and raids are being conducted to nab the main supplier of contraband Opium/Afeem i.e. Ramavtar and affect more recovery.

New Delhi | Delhi Police have arrested two persons for the murder of a Haryanvi singer who went missing on May 11. An official gave this...
Read more
Entertainment