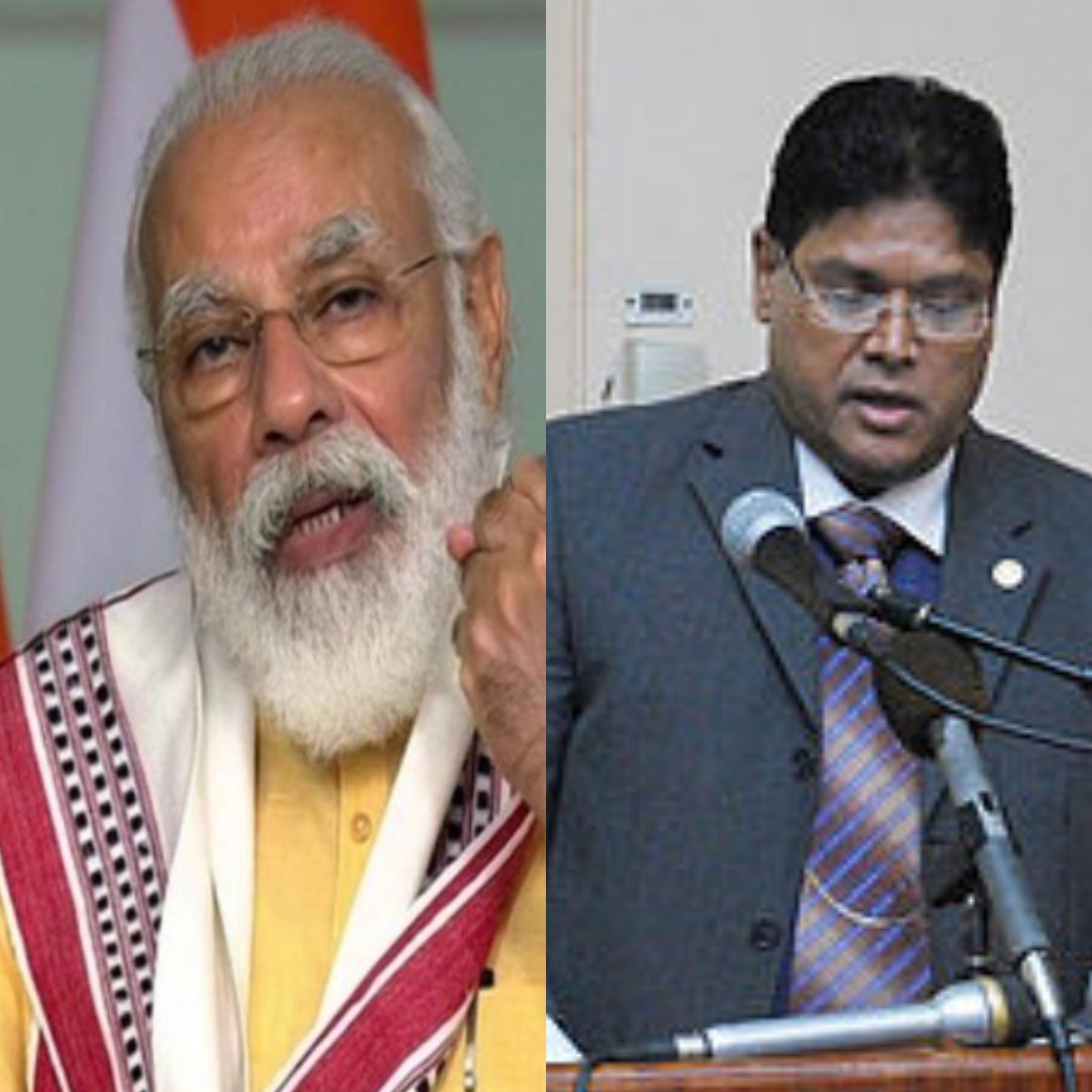 Congratulating Chandrika Parasad Santokhi, who has become the new President of Suriname, Prime Minister Narendra Modi noted that ‘Sarnami’, one of the common languages there is a dialect of Bhojpuri and said that Indians feel very proud of these cultural relations. It is “a matter of pride” for all Indians that Suriname’s new President Chandrika Parasad Santokhi took the oath of office holding the Vedas and began it with Vedic hymns, Prime Minister Narendra Modi said in his monthly 67th edition of ‘Mann ki Baat’ radio address on Sunday.

India has a very close relationship with ‘Suriname’. More than a hundred years ago, people from India went there, and made it their home. Today, the fourth or fifth generation is there. Today in Suriname more than one-fourth of the people are of Indian origin.

“He is a friend of India and he had participated in the Person of Indian Origin (PIO) Parliamentary Conference organised in 2018,” he said.”He recited a hymn from Veda itself,” the Prime Minister added.

The Prime Minister also told the meaning of the hymn that is — hey Agni, fire, God of resolve, I am taking an oath. Give me strength and capability for this. Bless me so that I keep away from untruth and move towards truth – and said that this, for all of us, is a matter of pride. “I congratulate Chandrika Prasad Santokhi, and, wish him the best on behalf of 130 crore Indians, for serving his nation,” he said.

DU’s centenary celebrations will start from May 1, 2022