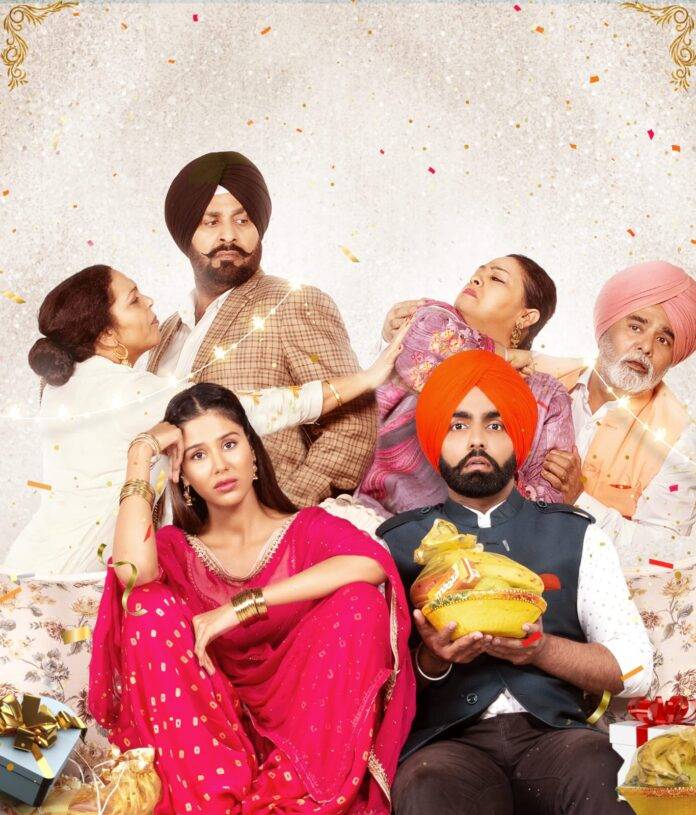 Punjabi film Puaada, starring Ammy Virk and Sonam Bajwa that released over the independence day long weekend has woken the box office up from its slumber since all things were shut down since March 2020!! Puaada has taken the North Indian box office by storm, wherever theatres are open and playing in Punjab and Delhi the film is going houseful and it’s after a long time that such a feat has happened!! This has brought not only tremendous joy to its actors and makers but it has brought happiness and life back into cinemas!! Says producer Pawan Gill, “we have received several calls from all the multiplex and other cinema chains this past weekend and everyone is just over joyed that people are coming back to the movies and are coming back in big numbers! We are glad to have been able to give audiences a film that they could throughly be entertained by and forget all their worries at home!”

Each day theatre owners that aren’t yet open are scrambling to get their cinemas open, get their staff back, settle their rent disputes etc just so they can get the film Puaada in their cinemas, this kind of excitement from theatre owners to quickly get back on their feet has never been witnessed before!! Ammy Virk feels “so blessed to know that not only are we providing good entertainment for audiences who are loving our film but we are helping restart the theatrical exhibition sector and that is truly humbling and I truly hope people keep coming back to the theatres to watch the film again and again!”

Puaada has been seeing each day rise in its box office and has done a Rs 7.15 cr worldwide opening weekend gross, by setting new box office records for Ammy Virk films Overseas and also in all the theatres its released in India!! Its monday collection is the exact same as the opening day of 1.21 cr, these are signs that the audience just can’t get enough of this comedy romance!! This is the fourth time coming together of Ammy Virk and Sonam Bajwa and they seem like the golden couple of the punjabi industry now delivering hit after hit together. Sonam Bajwa who also celebrates her birthday on Aug 16 “feels truly blessed to receive so much love from the industry and audiences worldwide!”

The way things are going it doesn’t seem like this Puaada is going to stop anytime soon, it looks like good times are ahead and this film will keep chugging along to becoming one of the top grossers of Punjabi Films. Puaada produced by Atul Bhalla, Pawan Gill, Anurag Singh, Aman Gill, directed by debutante Rupinder Chahal, released worldwide on 12th August.

Facebook
Twitter
Pinterest
WhatsApp
Previous articleMeenakshi Leakhi during  Jan Ashirwad Yatra
Next articleCabinet approves MoU with Bangladesh on Disaster Management Cooperation
Abid Ali
Sr. Content Editor & Social Media Manager at Janmat Samachar. Has Passion for writing about the Nation & the World and irrefutably telling about their issues to the masses.