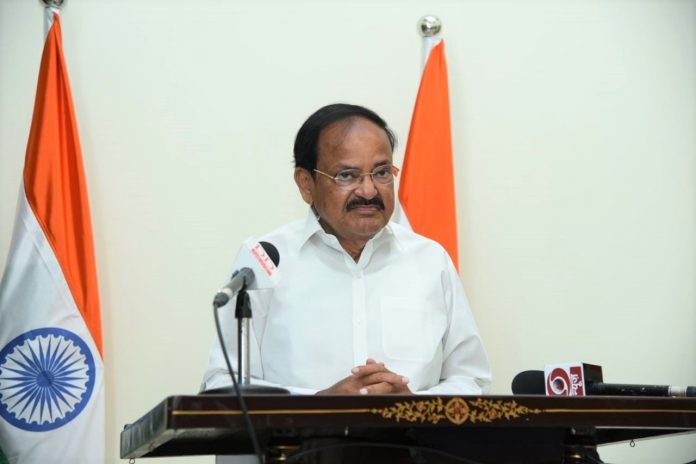 New Delhi| Rajya Sabha Chairman Venkaiah Naidu on Tuesday dismissed the adjournment notice given by the opposition on agricultural laws, against which the opposition walked out. The chairman said, “Negotiations are going on with the farmers and this matter can be discussed tomorrow during the President’s vote of thanks.”

Notices have been given by Manoj Jha of Rashtriya Janata Dal, Ghulam Nabi Azad of Congress, T. Siva of DMK, Ashok Siddharth of Bahujan Samaj Party, E. Karim of CPI-M.

The opposition gave notice under Rule 267 of the Rajya Sabha.

Leader of Opposition Ghulam Nabi Azad said, “The matter is serious and the farmers have been agitating for months, so this matter should be discussed. The same thing was also said by BSP leader Satish Chandra Mishra.”

The opposition has also demanded suspension of the functioning of the Rajya Sabha and repeal of agricultural laws. Earlier, on Friday, 18 opposition parties boycotted the President’s address.

Leader of the Opposition Ghulam Nabi Azad said on Thursday, “The only issue of boycott is agricultural laws.”

Earlier, a joint statement by opposition parties said, “India’s farmers are fighting collectively against three agricultural laws, which are arbitrarily enforced by the BJP government. These laws threaten the future of Indian agriculture.” Which is 60 percent of India’s population and is the livelihood of crores of farmers, sharecroppers and farm laborers. ”

However, before the budget session of Parliament on Saturday, during the all-party meeting chaired by Prime Minister Narendra Modi, the Prime Minister said that the government was ready to defer three controversial agricultural laws for a year and a half.