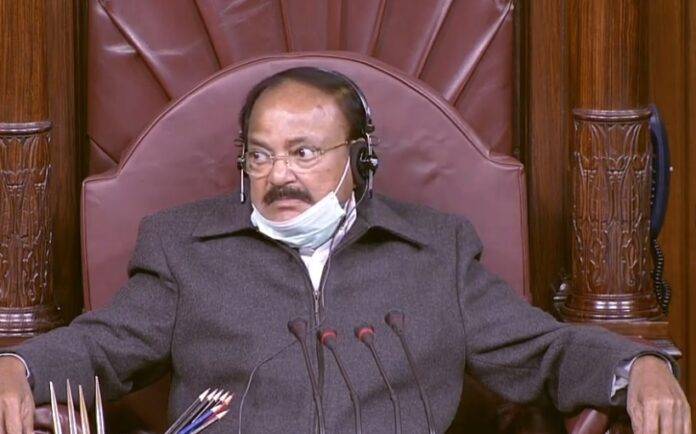 New Delhi | Rajya Sabha Chairman M. Venkaiah Naidu on Monday urged the members of the House to follow the rules so that the winter session can be fruitful and there is no uncontrolled view in the House, as was seen during the monsoon session. Naidu urged all sections of the House to ensure democratic and parliamentary space to enable a productive (better work) winter session. He regretted the failure of all concerned to introspect on the uncontrolled incidents during the last monsoon season and also appealed to show commitment to take necessary steps to prevent it.

Naidu said this during his traditional address to the House on the first day of the Winter Session on Monday.

Naidu also referred to the absence of some members of the House in the program organized on the occasion of Constitution Day on November 26. He said that according to the Constitution there should be dialogue and debate in the legislatures for the path of dialogue for development.

Stating that the disruption and unruly conduct of some members during the last monsoon session bothered everyone, Naidu urged the members to take the right lessons from it.

Referring to the ups and downs witnessed during the 11 sessions during his tenure in the last four years, Naidu urged the members to create democratic and parliamentary space in the House so that all issues could be taken up. “Each one of you can raise any issue in a proper manner and make your point clearly on any issue if we make room for it instead of creating ruckus in the House,” he said. There is a definite potential for that kind of democratic and parliamentary space with a collective will.

Naidu further said I look forward to manifesting that spirit during this session.

Naidu referred to the turn of events during the closing moments of the last monsoon session and said that the leading lights of the House and the reactions of all concerned were not up to their expectations.

Naidu said the ruling party wanted a detailed inquiry into the conduct of some members during the last two days of the last session. I have tried to contact leaders of various parties. Some of them made it clear that their members would not be parties to any such investigation. However, some leaders expressed concern over the disruption in the functioning of the House and condemned the incidents.

“I was hoping and waiting that the prominent people of this prestigious House would express their indignation over what had happened during the last session,” he said. Such assurances by all concerned would have helped me to deal with the matter fairly. But unfortunately, this could not happen.