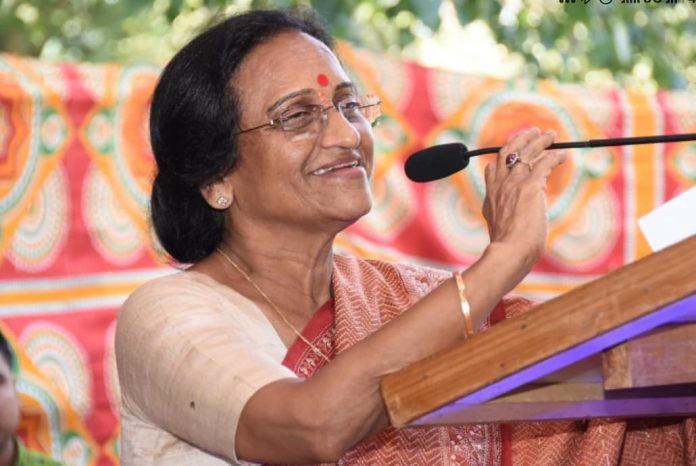 Rita Bahuguna Joshi (born 22 July 1949) is an Indian politician and was cabinet minister in the Government of Uttar Pradesh. Her age is 71 and was born in Allahabad, India. She was the president of the Uttar Pradesh Congress Committee from 2007 to 2012. She is the daughter of Hemwati Nandan Bahuguna, a former Chief Minister of the Indian state of Uttar Pradesh. Her mother’s name is Late Kamla Bahuguna who is also an ex-MP. She joined BJP on 20-Oct-2016 in presence of BJP president Amit Shah after spending 24 years in Congress.

Rita Bahuguna Joshi completed her graduation in History from the University of Allahabad. While still a student, she was active in sports also and worked in the favor of Indian Women as the President of All India Mahila Congress from 2003 to 2008.

Rita Bahuguna Joshi is married to P C Joshi and has a son, Mayank Joshi. She has two brothers Vijay Bahuguna was the Chief Minister of Uttarakhand and Shekhar Bahuguna. Rita Bahuguna Joshi’s husband is a mechanical engineer from Patrice Lumumba University.

On this day, India had moved towards the moon, Chandrayaan-2 had embarked on a historic journey.

July 22, 2019. Day Monday Today was a very special day last year. Especially for scientists. India had made its move towards the moon....
Read more

98.8 percent Indians favours boycott of chinese products in an online survey of CAIT

New Delhi : In a recent survey conducted among different sections of the country, 98.8 percent people supported the boycott of Chinese goods. This...
Read more