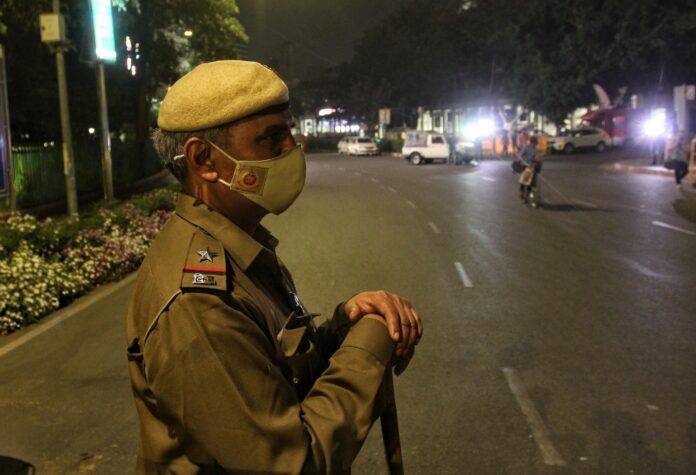 New Delhi | In order to break the chain of corona infection, the Delhi government on Thursday has ordered a weekend curfew in the city by April 30, barring essential activities or services. The curfew will remain in force from 10 am on Friday 16 April to 5 am on Monday.

All shopping malls, gymnasiums, spas, auditoriums, assembly halls, amusement parks, and similar locations will remain closed, while cinema halls or theaters, or multiplexes will be allowed to open with a capacity of 30 percent.

The Delhi Disaster Management Authority (DDMA) issued an order in this regard on Thursday. Curfew was imposed in the city nine days ago from 10 am to 5 am. The night curfew was imposed on 6 April in view of rising cases of the Corona epidemic, which has so far infected more than 7,67,438 people in the national capital and has killed 11,540 people so far.

In view of the sharp rise in Covid cases, DDMA decided to impose a weekend curfew to prevent the rapid spread of the virus, which had infected more than 17,000 people in the last 24 hours till Wednesday.

As per the order, only one weekly market per day per region across Delhi will be allowed under standard operating procedures (SOPs) and all guidelines issued by DDMA from time to time have to be followed to prevent the spread of Covid.

Officers of the center, its autonomous or subordinate offices, and public corporations and officers of the Delhi government or Delhi autonomous bodies or Delhi corporations such as health, medical establishments, police, prisons, home guards, civil security, fire, and emergency services shall be exempt from the weekend curfew.

District administration, pay and account offices, electricity, water and sanitation, and public transport such as railways, buses, air will also be exempted. In addition, all contingency services that are necessary for the smooth operation of all modes of public transport (eg cargo, ticketing, airforce stations, CFS, ICD), disaster management and related services, NIC, NCC and also uninterrupted delivery of public services Will be allowed

Pregnant women and patients will be exempted from the ban for receiving medical or health services. A person coming to or going from airports, railway stations or ISBT will also be allowed to travel on the display of a valid Icard.

Electronic and print media will also be exempted from Weekend Curfew on showing valid I-cards.

Permission will be continued to include 50 persons in marriage-related ceremonies and 20 persons in the last rites.

Public transport such as Delhi Metro, buses, autos and taxis will be allowed to operate within the stipulated time.

To protect the human rights of the citizen is the responsibility of Police : Santosh Mehra DG NHRC