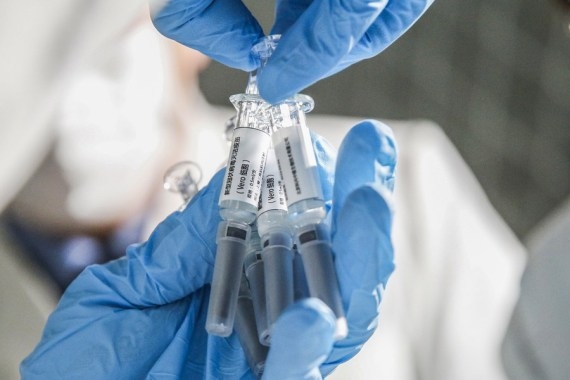 MOSCOW| Post-registration trials of the ‘Epivackorona’ vaccine against Covid-19 have begun in Russia. According to media reports, Anna Popova, head of the Russian Federal Service for Consumer Protection and Welfare Affairs, gave this information on Tuesday.

Russia became the first country to receive regulatory approval for a Covid-19 vaccine in August when the ‘Sputnik-V’ vaccine was officially registered with a large-scale clinical trial.

In an online program dedicated to Covid-19 research, Popova said, “We can only prevent (Covid-19) proliferation through vaccination. Adequate vaccines at high levels of development in the world,” reported the Tass News Agency (Vaccine). ”

He said that Russia continues to develop the vaccine continuously.

The Vector Research Center received approval from the Russian Ministry of Health to conduct clinical trials of the vaccine on volunteers on 24 July.

On July 27, the first volunteer received a vaccine shot. Popova previously reported that clinical trials for the vaccine had ended on September 30.

The report stated that the vaccine was registered on 14 October.

Earlier, Russian Deputy Prime Minister Tatyana Golikova said that she had herself tested the Epivaccorona vaccine and that she did not experience any side effects.

He had said, “Vector Center is starting clinical trials after registration in various regions of Russia, which will include 40,000 volunteers.