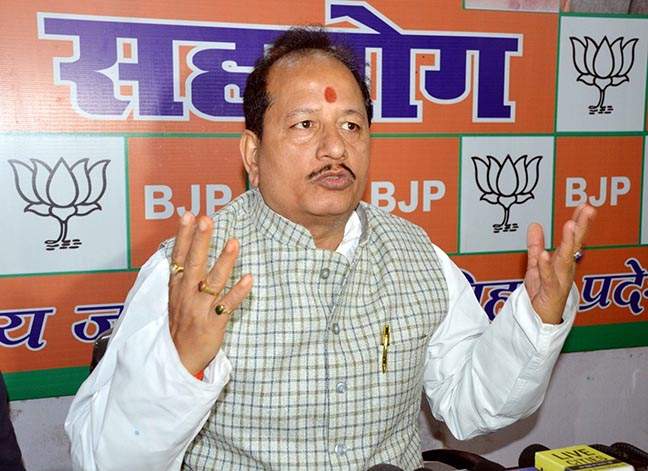 Patna | A strange situation arose in the Bihar Legislative Assembly on Wednesday when the Minister and the Speaker of the Assembly came face to face. After this, angry Speaker Vijay Kumar Sinha adjourned the proceedings. However, the minister later apologized in the filled house. Panchayati Raj Minister Samrat Chaudhary and Vidhan Sabha Speaker Vijay Kumar Sinha fiercely fought for the online answer to the questions in the Bihar Legislative Assembly. While the chairman was talking about getting answers to 11 of the 16 questions, the minister said that the department has given answers to 14 of the 16 questions online. The chairman asked the minister to have him appear in the department.

After this, the minister Samrat Chaudhary said, “Don’t be distraught, you show me.”

When the Speaker asked the Speaker to withdraw the word ‘distraught’, the Minister said that such a House will not run, there is no need to be distraught.

On this, the Speaker adjourned the proceedings of the House. The Speaker made it clear that unless the Minister apologizes, he will not go to the House.

After this, there was pressure on the minister, when the Speaker of the Assembly reached the House.

Minister Samrat Chaudhary said in the House, “He has apologized if the sentiments have been hurt by his conduct. I respect the posture.” The

Earlier, Parliamentary Affairs Minister Vijay Kumar Chaudhary also expressed regret over the matter and said that the minister should also be given an opportunity to present his case.

Here, Leader of the Opposition Tejashwi Yadav condemned the incident. Tejaswi tweeted from his Twitter handle, writing, “I am heartbroken. The ruling party and ministers in Bihar are defying the dignity of the house and the importance of the seat. A BJP minister in the government is pointing the finger at the president saying Don’t be distraught. Such a house will not run. How many people have become ministers who have no knowledge of democratic meridians? “