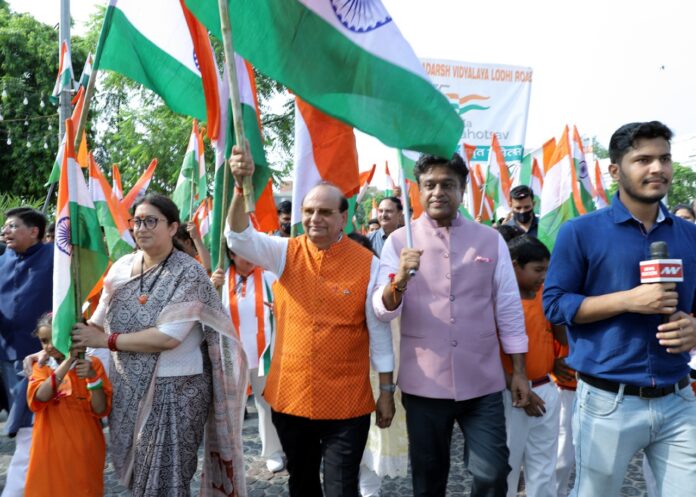 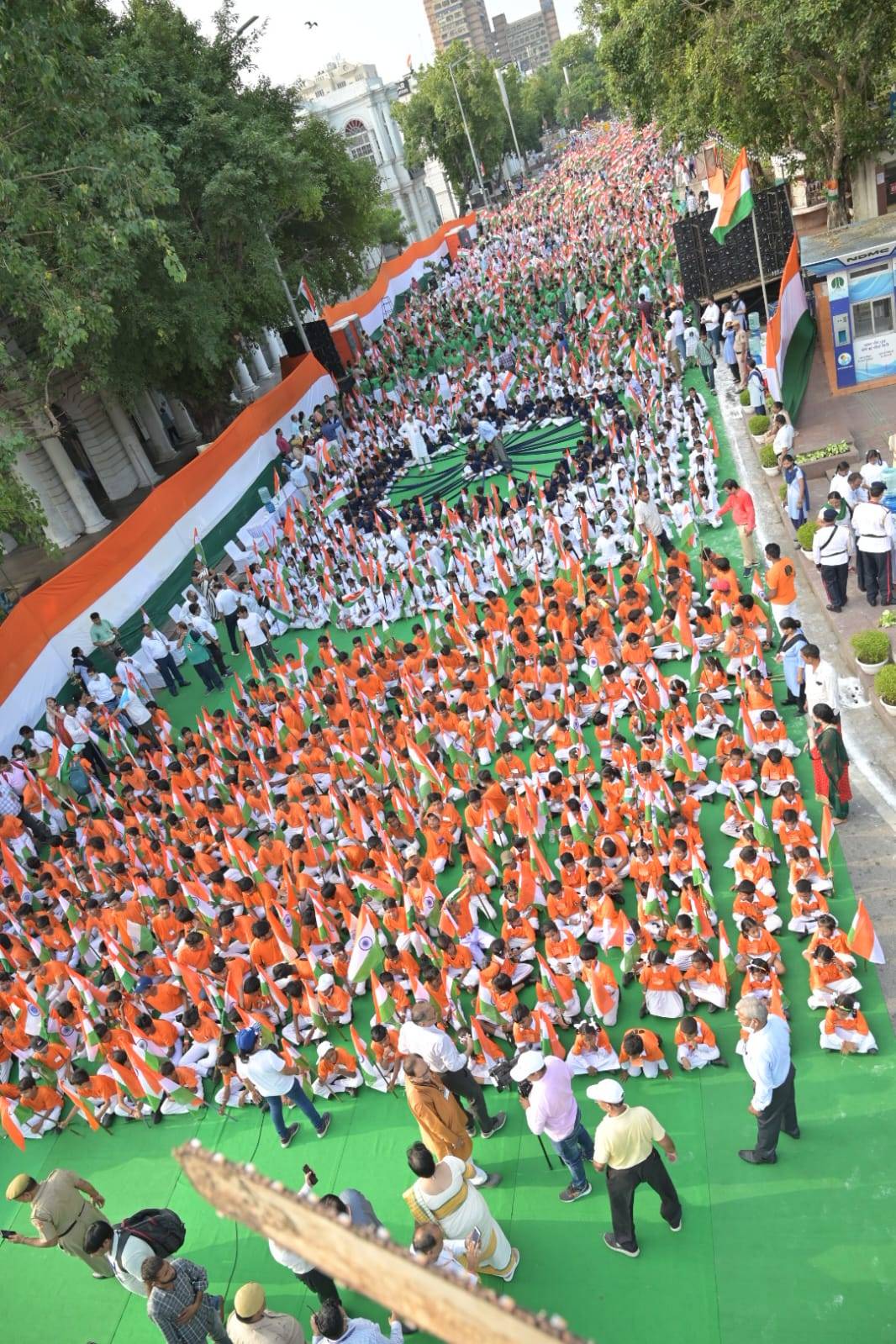 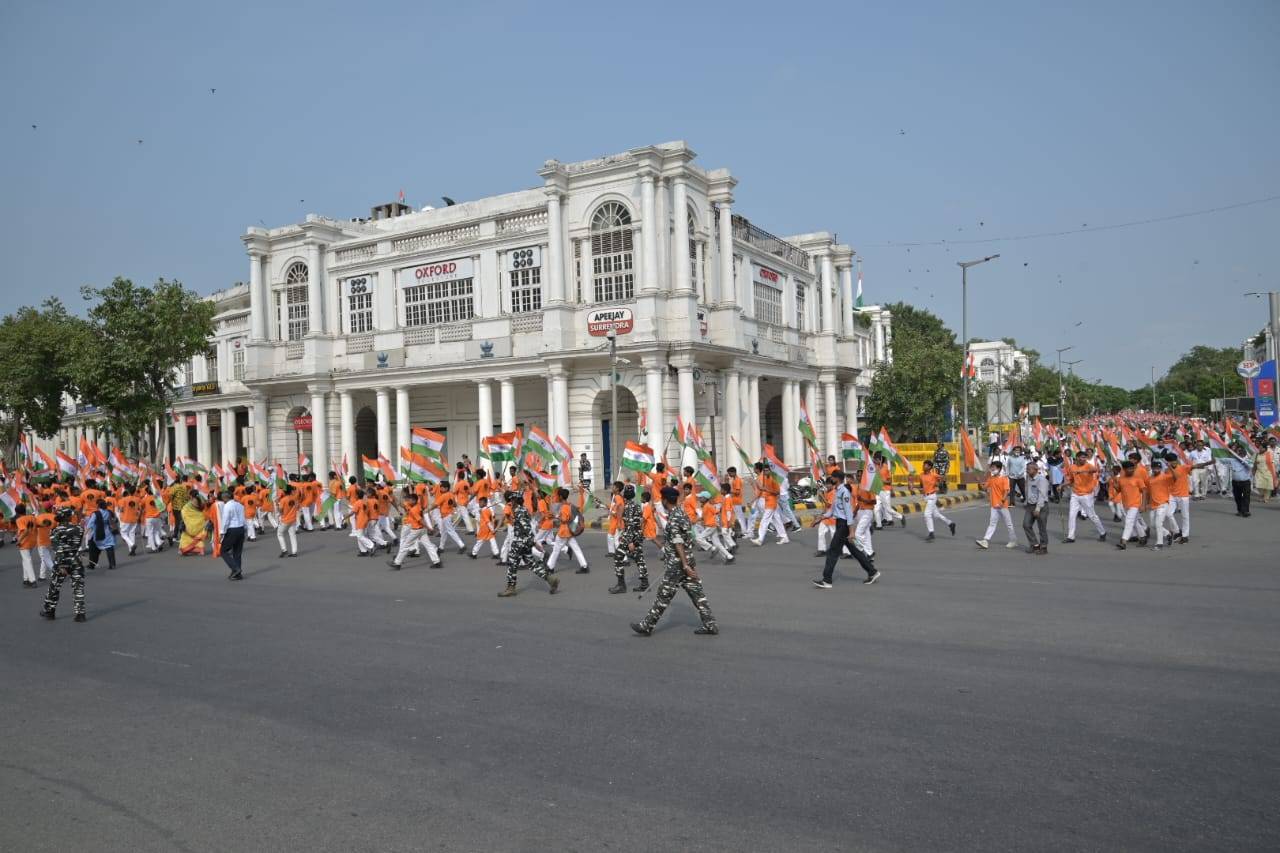 The NDMC School Students’ Prabhat Pheri along with the dignitaries covered the route from Janpath Radial to Inner circle of Connaught Place to Kasturaba Gandhi Marg to War Memorial at India Gate. Approximately 10000 school students, teachers, parents, other individuals and NDMC Officials and Officers attended the Prabhat Pheri.

Before flagging of the Prabhat Pheri, Hon’ble LG-Delhi while congratulating  all participants of Prabhat Pheri on the eve of 75th Anniversary of India’s Independence, said that Children are the bright future of India who are the witnessing the “Har Ghar Tiranga Campagin under the “Azadi Ka Amrit Mahotsav”. He further said that ‘Azadi ka Amrit Mahotsav’ is a festival of our Culture, Heritage and achievement earned during the 75 years of Independence India. 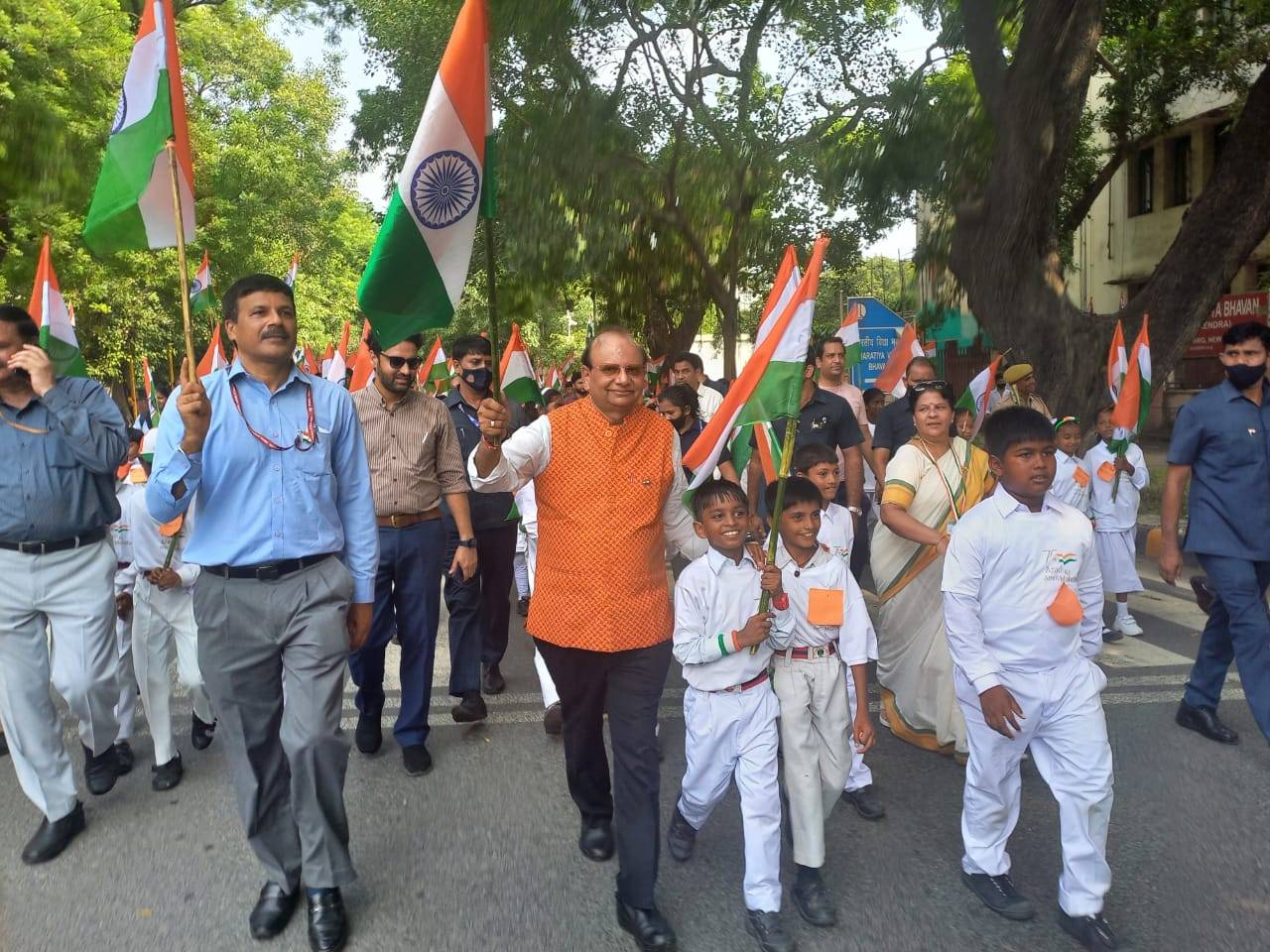 Shri VK Saxena informed that Azadi Ka Amrit Mahotsav was launched by the Hon’ble Prime Minister of India to celebrate it with full enthusiasm and getting energized for the future. He further said that “Har Ghar Tiranga” is a part of Azadi Ka Amrit Mahotsav in which during  13-15 August, every citizen of India will celebrate it with Tiranga (Tricolour) flying over every house. The Tricolour is the symbol of our freedom of struggle and sacrifice of our freedom fighters who gave their supreme sacrifice for the future of our Nation.

He urged the children to carry Tiranga in the Prabhat Pheri and take it home to be hoisted as a part of “Har Ghar Tiranga” Campaign and celebration of Azadi ka Amrit Mahotsav. He also appealed to each child to motivate all their near & dear onrs and others to hoist the Tiranga on their house. 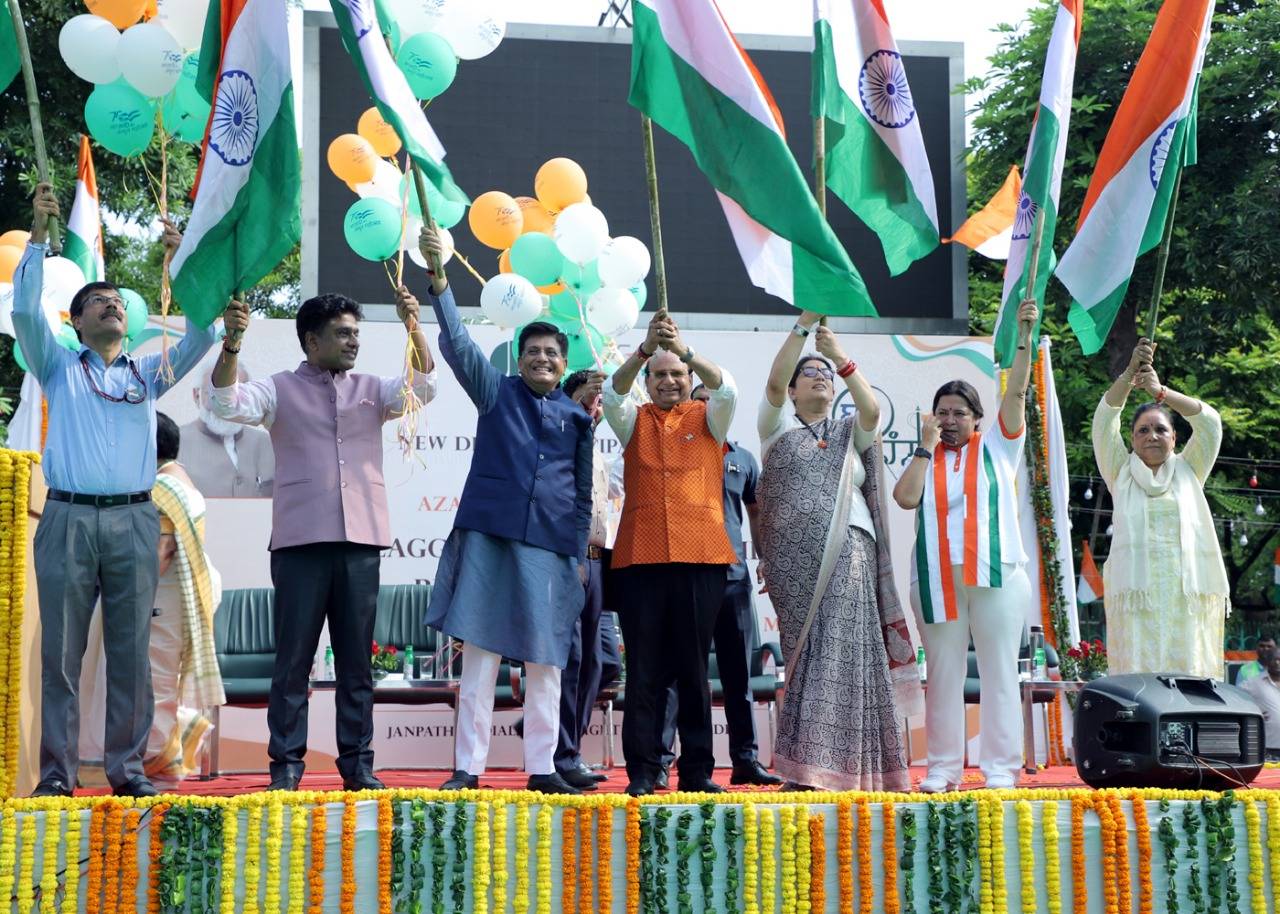