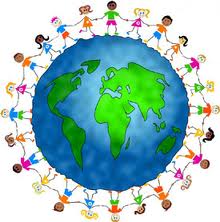 Amid the #COVID19 crisis, see how @UNFPA is safeguarding the health and rights of millions of people worldwide affected by #coronavirus: https://t.co/sZ2KaX5dcx #WPD2020 pic.twitter.com/sENziSqJU9

Challenges for the world

Amidst all the problems of the world, the growing population is a big and formidable problem. The increasing population has put the entire human race in jeopardy. Unbalanced weather, the increasing impact of global warming is becoming a challenge for the world. On the one hand, the countries which have come under its grip are working seriously on this formidable problem, while there are many countries in the world where it is still being considered.

What steps has taken to reduce population?

The current population of the world is around 8 billion. Half of this population is only from Asian countries. If we add the population of China and India, then the figure of 40 percent will be touched. China took several drastic steps to curb its growing problem. He made a law that no family in the country can produce more than one child. This reduced the population, but China began to grow old, so it had to amend the law.

It is not that efforts were not made to stop the population in India. The slogan ‘Hum Do Hamare Do‘ was given. People were made aware of family planning by writing on TV, newspapers and walls. But illiteracy dominated this awareness and could not get any special benefit. The literacy rate of the country has improved in the last 10 years, so the continuously increasing graph of the population has also come down. This is population day theme.

Talking about figures, 25 children are born every minute in the country. Our population explosion is immensely going on at an alarming rate. You will be surprised that this figure is of children born in hospitals of the country, but the number of children born at home has not been added to it. If such population continues to increase, then after 10 years from today, in 2030, the burden of about 500 million people will increase. Who will use the current resources only? A house will be needed to live and forests will be cut for houses. This will naturally reduce it and will also create mutual discord.

Increasing population is indeed a big problem which is still dangerous today and will prove to be even more dangerous. We need to work at every level to deal with it. Awareness campaigns are needed to be conducted in villages, towns, backward areas and kutcha settlements. Ranges ranging from rallies, street plays, posters to distribution, lectures and processions can be made aware of this. The standard of education has to be increased because education itself is an infallible weapon which can help the world to deal with this problem.

Uttar Pradesh assembly elections will be held in 7 phases from February 10 to March 7: Election Commission