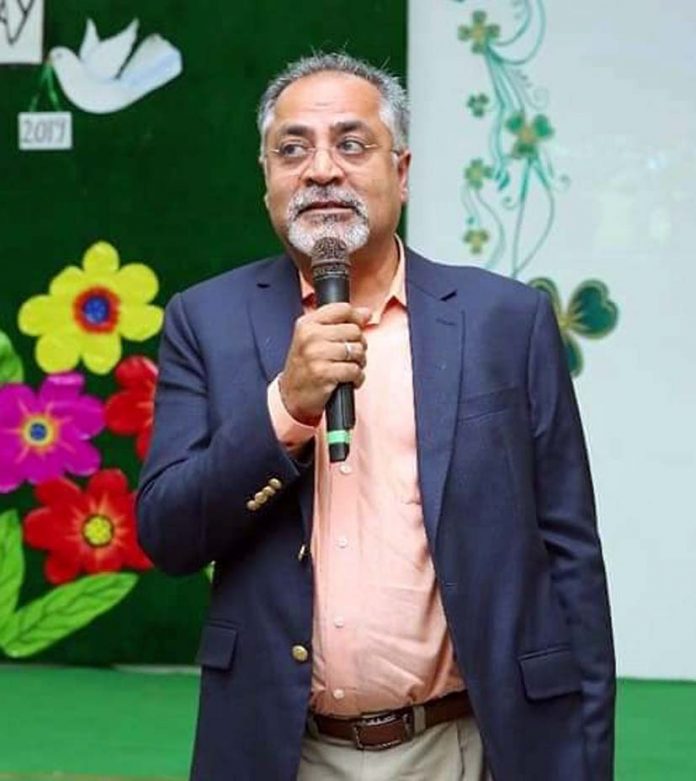 Lal Bhatia became very popular because of his book Indicating Goliath. The book is a real-life story of a man who fought for justice in the US without a lawyer when he was accused of fraud and false charges. Part of the sales of her book, she engaged in many noble causes such as donating sanitary pad vending machines to various girls’ schools and colleges in West Bengal, distributing food to the needy in Kolkata and thousands of faces in the recently celebrated Durga Puja Also distributed masks.

She said, “Every woman needs a sanitary napkin. It is an essential item and every girl should have access to it. I think a lot of poor young girls do not have access to napkins and so I felt that the Indicting Goliath team needed to fill this void. We installed sanitary napkin vending machines in various schools and colleges in West Bengal. I am glad that young girls will get necessary facilities. “

In the meantime, let me tell you that Bhatia’s book is based on the facts, evidence and testimony established on the basis of extensive litigation in about 21 courts of America. Writer Lal Bhatia is tortured, victimized, wrongly convicted and wrongly imprisoned. It took 13 years for Bhatia to prove his innocence and return to India.

Lal Bhatia said, “I wrote the book during these 13 years of travel. I gave every minute detail and collected undisputed facts and evidence to support my claim and attached it to the book. Notion Press was the only publishing company that agreed to publish the book because it exposes the dark side of the system. “

He also said, “It was a thirteen-year disturbing journey, going through the dangers of chaos, which tested my honesty and endurance. No one has evaluated that the accusation of crime on a person can be a scam and it can be a step to protect someone powerful who is involved in this whole affair. ”

This book mentions the efforts made by Bhatia to bring to light the gross injustice and many flaws in the American administration.