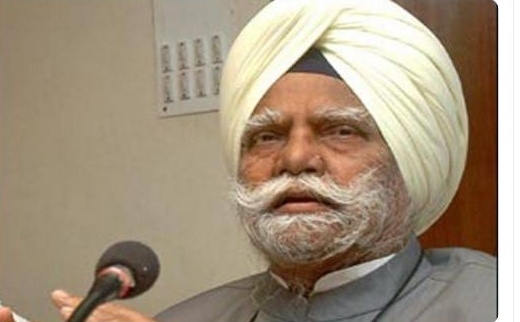 NEW DELHI| Former Union minister and senior Congress leader Sardar Buta Singh were instrumental in making Ramlala Virajman a party to the Ayodhya dispute. This fact has been mentioned in the book ‘One Stopped Decision’ written on the decision of the Supreme Court in the Ayodhya case. Former Home Minister Sardar Buta Singh died on Saturday. He was 86 years old. In the Ayodhya dispute case, the Supreme Court in its decision has an interesting story behind making the disputed land the Ramlala seated.

In the book ‘Ek Rukta Hua Judgment’ by senior journalist Prabhakar Kumar Mishra, based on the Supreme Court’s decision in the Ayodhya case, the author has said that the decision could have been different if Ramlala had not been made a party to the case. In fact, before 1989, whatever lawsuit was filed by the Hindu side, there was no demand for the ownership of the land.

It is further mentioned in the same book that the then Home Minister Buta Singh sent a message through senior Congress leader Sheela Dixit to Ashok Singhal of Vishwa Hindu Parishad that in a case filed by the Hindu side, the land ownership has not been demanded. And it is imperative to lose his case.

Prabhakar Mishra has written that there was an important argument behind Buta Singh’s prediction that the Muslim side claimed that the disputed land had been in their possession for centuries. In such a situation, the Hindu parties could not assert their rights on the disputed land after such a long time had passed under the Delimitation Act.

To overcome this legal hurdle, Buta Singh advised the people associated with the Ram temple movement to seek legal help from Lal Narayan Sinha, the former Attorney General of the country. Devkinandan Aggarwal, a leader associated with the movement, and some people were sent to Patna to seek Sinha’s opinion.

Further, the book mentions that it was in Patna itself that on the advice of Lal Narayan Sinha, it was decided to give legal existence to Ramlala Virajaman and Shri Ram Janmabhoomi because Sinha knew that according to Indian law, Hindu gods can also file a lawsuit and sue them. Can also run.