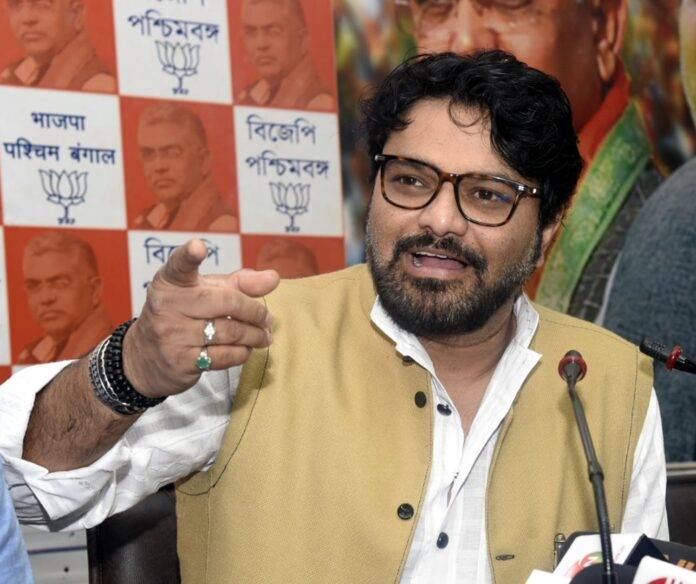 Kolkata | Former Union Minister and BJP’s Lok Sabha MP from Asansol Babul Supriyo on Saturday announced that he has decided to quit politics. In a Facebook post in Bengali, the singer-turned-politician clarified that he is neither joining any other party nor has any political party approached him, adding that he has always been a ‘team player. are.

The Facebook post begins with ‘Goodbye’ – The two-time MP from Asansol wrote, “I listened to everyone – father, (mother), wife, daughter, a few dear friends. After listening to everything, I say I Not going to any other party. Nowhere – Confirm, no one called me, I am not going anywhere. I am a team player! Always supported one team. BJP West Bengal. That’s it!. Let’s go.”

Supriyo said, “If you want to do social work, you can do it without even joining politics. In the last few days, I have repeatedly decided to quit politics by Hon’ble Amit Shah and Hon’ble Naddaji and I inspire me in every way.” I am forever grateful to him for doing it.”

Supriyo, who is having some rough times with the state BJP leadership and had recently lost the ministry, did not hide his displeasure at the post.

“The question is, why did I quit politics? Does it have anything to do with leaving the ministry? Yes, there is – something must happen! I don’t want to panic, so as soon as he answers it will be right. There will be peace. There is a huge difference between 2014 and 2019.

“Then I was the only one on a BJP ticket (in honor of Ahluwaliaji – GJM was the BJP’s ally in Darjeeling’s seat), but today the BJP is the main opposition party in Bengal. Today there are many bright, young Turkish leaders in the party,” he said.

He said, “Needless to say that the team led by him will go a long way from here. I have no hesitation in saying that it is clear that having a person in the party today is not a big deal and I firmly believe That it would be the right decision to accept it.”

Keeping everyone guessing about his next move, Supriyo said, “I don’t think I went anywhere – I was with ‘me’ – so I am going somewhere and I won’t say that today. When I I did the same thing when I left. My job in Standard Chartered Bank in 1992 and fled to Mumbai, I did it today!!!”

Surpio ended the post with the phrase ‘Let’s go’.

Supriyo, however, clarified that his decision to quit the party was a result of his differences with the state BJP leadership.

“One more thing. Even before the vote, there was disagreement with the state leadership on some issues – it may have happened but some issues were coming out in public.”

“Somewhere, I am responsible for this (I put up a Facebook post which falls under the category of party discipline) and elsewhere, other leaders are also very responsible, though I don’t want to know who is responsible today – senior leaders. Disagreements and quarrels are harming the party.”

“Still, the knowledge of ‘Rocket Science’ is not needed to understand that it was not helping the morale of the party workers in any way. At the moment, it is completely untested, so I express my gratitude and love. Going away with the infinite gratitude and love of the people of Asansol.”

Facebook
Twitter
Pinterest
WhatsApp
Previous articleNew Delhi: The rain hollowed out the roads, the ditch formed by the road collapse under the IIT flyover
Next articleCOMMENDABLE C.B.S.E. RESULT BY NDMC SCHOOLS
Abid Ali
Sr. Content Editor & Social Media Manager at Janmat Samachar. Has Passion for writing about the Nation & the World and irrefutably telling about their issues to the masses.

The second wave showed what kind of challenges the virus can present to us: PM Modi