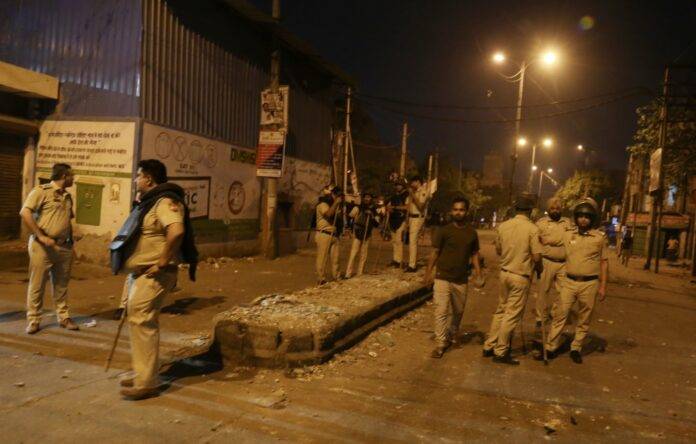 Apart from these, two minors have also been arrested.

Deputy Commissioner of Police (North West) Usha Rangnani said that three guns and five swords have also been recovered from the possession of the arrested persons.

Sections 147 (punishment for rioting), 148 (rioting, armed with a deadly weapon), 149 (every member of an unlawful assembly guilty of an offense committed in the prosecution of a common purpose), 186 (a public servant in the discharge of public obstructing), 353 (assault or criminal force to prevent public servant from discharging his duty), 332 (voluntarily causing hurt to prevent a public servant from performing his duty), 323 (punishment for voluntarily causing hurt), 427 (mischief causing damage amounting to fifty rupees), 436 (mischief by fire or explosive substance with intent to destroy house, etc.), 307 (attempt to murder), 120B (punishment for criminal conspiracy) Indian Penal Code And a case has been registered under section 27 of the Arms Act.

The clash took place between two groups of people when the procession was passing through the road right next to Kushal Cinema Hall, which has a mosque in front.

Several videos of the procession have been found by IANS, according to which people can be seen waving swords and raising religious slogans just before the start of the clash.

According to the FIR lodged at Jahangirpuri police station, the procession was going peaceful but when she reached outside a mosque at around 6 pm, accused Ansar along with his 4-5 companions came there and started arguing with the people. The argument soon turned violent and both sides started pelting stones at each other.

The FIR reads, “I, Inspector Rajeev Ranjan Singh, tried to defuse the situation and separated the two groups, however, within some time they again started pelting stones, after which I called the Police Control Room. informed about the incident.”

Soon after, more police force along with senior officers reached the spot, however, by then the mob had turned violent. The mob pelted stones at the police force and also opened fire on them.

At least 8 policemen were injured. To control the situation and disperse the crowd, the police fired 40-50 teargas shells. Amidst the commotion, a scooty was set ablaze and 5-6 cars were vandalized.

Later, the area became the center of heavy police deployment. Massive barricades were put up all around the road where the violent clashes took place.

The situation was under control on Sunday and an adequate police force was deployed to avert any untoward incident.

Congress termed the budget as anti-farmer