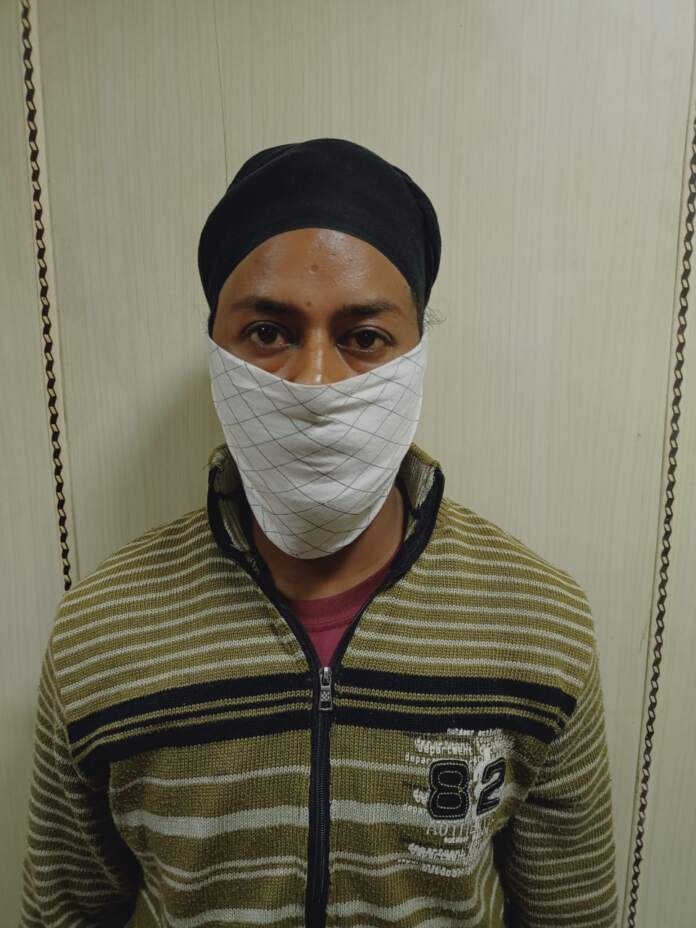 New Delhi | Delhi Police’s Special Cell has arrested Maninder Singh, wanted in the Red Fort violence case, who was seen waving swords with both hands when the violence erupted on 26 January. Two swords of 4.3 feet in size used by Singh at the Red Fort have also been recovered from his house in Swaroop Nagar, Delhi.

Singh was seen in a video on 26 January waving two swords at the ramparts of the Red Fort when protesters ran towards the fort.

“He was waving swords, iron rods, axes, barbaric attacks on policemen from Barsa and inducing and provoking violent anti-national elements with the intention of damaging the historic monument on Republic Day,” the police said.

Accused Maninder Singh alias Moni is a resident of Swaroop Nagar and works as a car mechanic.

He was arrested near a bus stop in the CD block of Pitampura on Tuesday under Section 41.1 of CrPC around 7.45 pm.

The captured accused has revealed that he was provoked by Facebook posts of various groups and frequently visited the Singhu border. He was greatly inspired by the speeches made by the leaders there.

He also revealed that he had inspired six persons from his neighborhood in the Swaroop Nagar area. All six, riding on the bike, came with a farmers’ tractor rally from the Singhu border towards Mukarba Chowk on 26 January. Before joining the tractor rally, Maninder carried two swords with him.

As planned, the accused along with his five accomplices and other unknown armed miscreants entered the Red Fort and Maninder waved swords.

Special Cell’s DCP P.S. Kushwaha said that his sword-wielding action prompted violent protesters to wreak more havoc on the Red Fort, indulging in all forms of violence against civil servants, including policemen on duty there and Lal The historical monument of the fort was damaged.

Singh also runs a Talwar training school in an empty plot near his house.

On 26 January, a video of a sword waving at the Red Fort was recovered from his mobile phone. Other pictures of her presence on the Singhu border were also found on her phone.

Working Together to Make Investments

Working Together to Make Investments