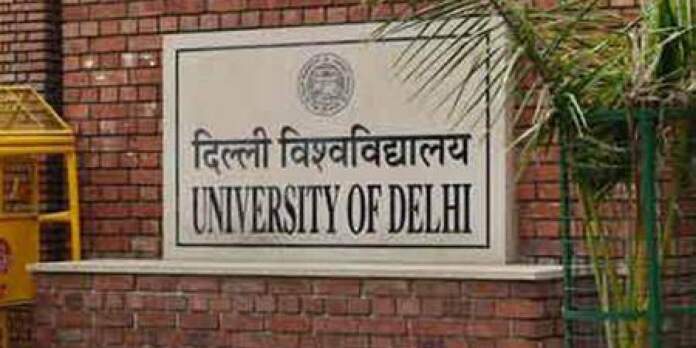 New Delhi:Dr. Hansraj Suman, president of Aam Aadmi Party’s teachers’ organization Delhi Teachers Association (DTA), has demanded from the Chief Minister of Delhi, Mr. Arvind Kejriwal and Deputy Chief Minister Mr. Manish Sisodia, to immediately release adequate grants of 12 Delhi government fully funded colleges of Delhi University. He has said that permanent and ad-hoc teachers and employees are facing terrible financial crisis for last two months due to the non-payment of dues and promotion arrears. A delegation of DTA will soon meet Aam Aadmi Party convener and Deputy Chief Minister Manish Sisodia to demand release of sufficient grants of 12 colleges. They will also demand that the Delhi government and the university administration should negotiate and find a solution.

DTA President Dr. Hansraj ‘Suman’ has said that the teachers of 12 fully funded colleges of Delhi Government including Maharaja Agrasen College, Bhimrao Ambedkar College, Deendayal Upadhyay College, Keshav Mahavidyalaya, Aditi College have come and reported that due to non-payment of financial allowances to the academic and non-academic employees on time, they are under tremendous mental and physical stress. It is not only just affecting salary payment, but other developmental emoluments are also pending. He has demanded from the Deputy Chief Minister of Delhi Government that the arrears of promotion of teachers should also be released to them soon. He has stated that months have passed since the teachers were promoted but they have not been paid arrears till date. Similarly, their medical bills are also not being cleared. Some teachers have told him that the LTC bills and pension of retired teachers are also pending. Many teachers and employees have to pay house rent, EMI, house instalment, car instalment, children’s fees etc. every month. In absence of the salary, they have to borrow money on interest. Dr. Hansraj Suman has assured them that efforts will be made to get the grants of 12 fully funded colleges released from Delhi Government soon.

He says that the first-year admissions are starting in Delhi University from October 2022. Besides in examination and its evaluation, grants will be required for appointments of teachers of second tranche under OBC quota, appointment of EWS quota, and appointment of non-teaching staff. DTA again urges the Chief Minister and Deputy Chief Minister to release grants to 12 fully funded Delhi Government colleges by the so that the outstanding dues of teachers like arrears of promotion of teachers, LTC bills, medical bills and pensionary benefits can be paid.