AAP wins Punjab, BJP will retain power in UP, Uttarakhand, Goa and Manipur 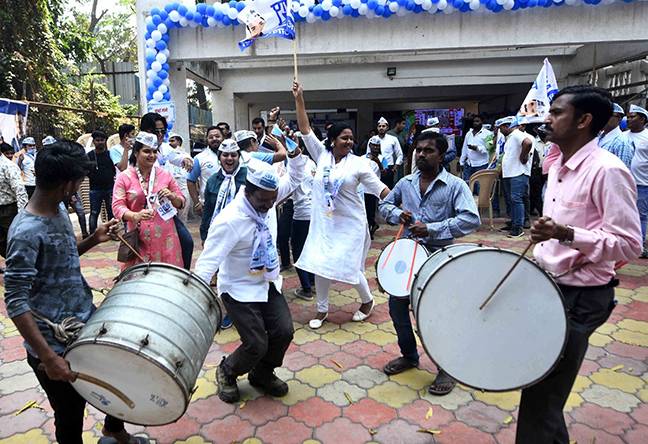 New Delhi | The latest vote counting trends showed that the Aam Aadmi Party is headed for a landslide victory in the Punjab Assembly elections, while the BJP seems to be retaining power in Uttar Pradesh, Uttarakhand, Goa and Manipur with a comfortable margin. This information has been received from the latest update of the Election Commission till 5 pm.

Apart from this, Shiromani Akali Dal (SAD) has won two seats in the state and is leading in one seat with 18.4 percent votes. The Bahujan Samaj Party (BSP) won one seat with 1.78 percent, while an independent candidate also won the elections in Punjab.

In Uttar Pradesh, the ruling BJP has won 25 seats and the party is leading in another 277 seats with a vote share of 41.8 percent, while the Samajwadi Party has not won any seats so far but with 31.8 percent vote share it is leading in 115 seats. going forward.

Prime Minister targeted the Left parties, Congress on the issue of farmers