AAP workers reach out to every voter through digital media: Arvind Kejriwal 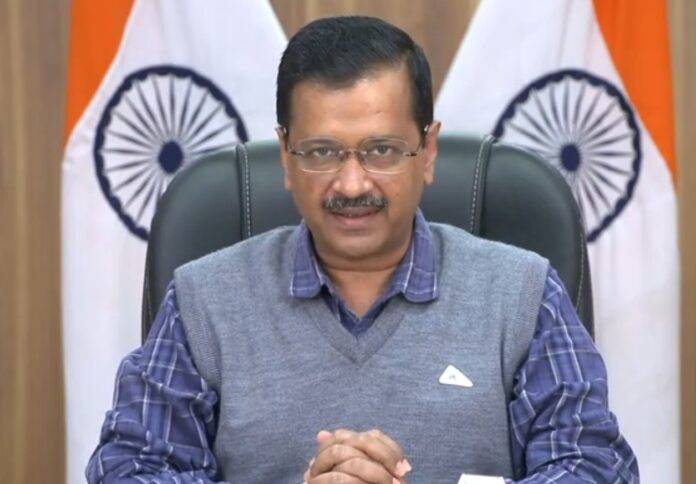 New Delhi| Assembly elections have been announced in five states including Punjab, Uttarakhand, Goa and Uttar Pradesh. Arvind Kejriwal has asked his workers to take leave from all work for the next one month and get involved in the election campaign. Kejriwal said that we have to make a team of at least 10 workers at each booth in every election state. Delhi Chief Minister and Aam Aadmi Party chief Arvind Kejriwal also gave special emphasis on social media. He said, “This time the role of digital media and social media is going to be very important. Aam Aadmi Party workers are masters in the use of social media. Aam Aadmi Party workers are very active on social media, now the time has come. That we should use this power of ours. We have to reach every voter, every house through social media.

Addressing his workers across the country on Sunday, Arvind Kejriwal said, “The Election Commission has announced assembly elections in five states. For the Aam Aadmi Party, elections are not a means to get power. We have to change the system. The system has to change. For the Aam Aadmi Party, elections are a way to bring about change in the country and society, an opportunity to bring about a change.”

Kejriwal told his workers that when you go out for an election campaign, get out of the feeling that you are working for a big change in the country. You are not campaigning, you are doing patriotic work. Through this election, your aim is not to change one party to bring another party to power but to uproot the corrupt system and implement an honest system.

Arvind Kejriwal while addressing his workers said that change is possible but hard work will have to be done for it. There are big challenges before us, every worker of the Aam Aadmi Party should take an oath that he will not rest till the corrupt system is uprooted from the country.

There are many restrictions on election campaigns due to Corona, but door-to-door campaigning is allowed. Kejriwal said that therefore the workers should start campaigning door to door from today itself. Whenever the worker goes to someone’s house, first of all, ask about their well-being, whether anyone has any disease. If they need anything, then help them first and then tell them what good work has been done by the Aam Aadmi Party government in Delhi. How the work has been done in the field of school road electricity water in Delhi.

Addressing the workers of Aam Aadmi Party, Chief Minister Arvind Kejriwal said that we do not have to abuse any party or its leaders.

Kejriwal told the workers that if someone asks AAP why the Aam Aadmi Party keeps doing everything for free, then you ask them to ask, is it not the duty of the government that the children of the poor also get good and free education. Is it not the right of every citizen to get the best treatment free of cost? Today the government has meant that ministers and MLAs should get all the facilities free of cost and the public kept on stumbling from rate to rate.

Arvind Kejriwal said that now I have a request to the workers that for the next 1 month everyone should take leave from their work. In the next 1 month, we have to go from house to house, we have to make a team of at least 10 workers at every booth and we are fighting elections in the midst of corona cases, so we have to take care of ourselves and each other’s safety. Must wear mask.