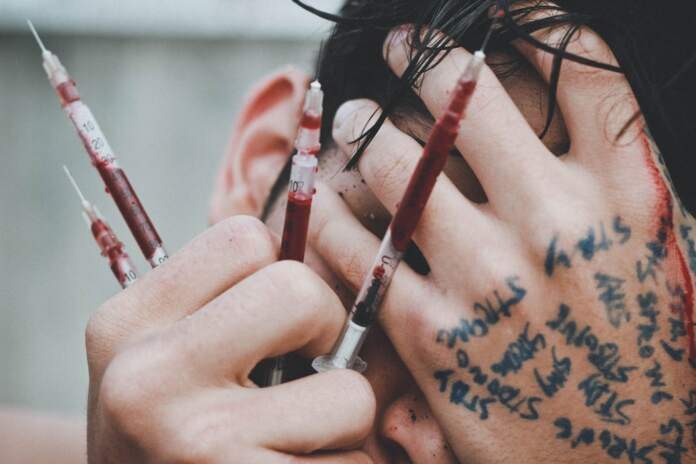 Ajmer suicide news: The sensation spread in the District Collectorate Complex of Ajmer in Rajasthan when a young man cut veins or the nerves of both his hands there. The incident created a ruckus in the campus. The people there immediately informed the Civil Line Police. On receiving the information, the civil line police reached the spot and took the injured youth to JLN Hospital, where he is undergoing treatment.

According to the information received, the young man’s name is Iqbal. He hails from Nausar Valley. It is being told that he is constantly assaulted by his brothers. Regarding which, the youth reported several times to the Christian Ganj police station, but the police station did not take any action. The young man was very hurt due to no action.

In such a situation, he reached the SP office on Tuesday with a complaint. Where he went to the toilet and cut the nerves of his hand. Please tell that after cutting the veins, blood started flowing from both his hands. he fainted. Currently, the victim is undergoing treatment at JLN Hospital. The police is also investigating the case.

At the same time, SP Ajmer Kunwar Rashtradeep told that the young man who has cut the nerves of his hand. A suicide note has also been found from him. In which the young man has written that his brother whose name is Zafar. He was constantly harassing him. Is threatening him. I am committing suicide by being upset by that. According to the SP, the youth is out of danger, who is undergoing treatment in the hospital.

Facebook
Twitter
Pinterest
WhatsApp
Previous articleKVIC begins online sale of Khadi Face Masks
Next articlePhilip Barton High Commissioner News: I have a special relationship…
Abid Ali
Sr. Content Editor & Social Media Manager at Janmat Samachar. Has Passion for writing about the Nation & the World and irrefutably telling about their issues to the masses.

New Delhi: 02 budding snatchers first got installed accessories in their motorcycle and later escaped by snatching a mobile phone from one of the...
Read more
Crime