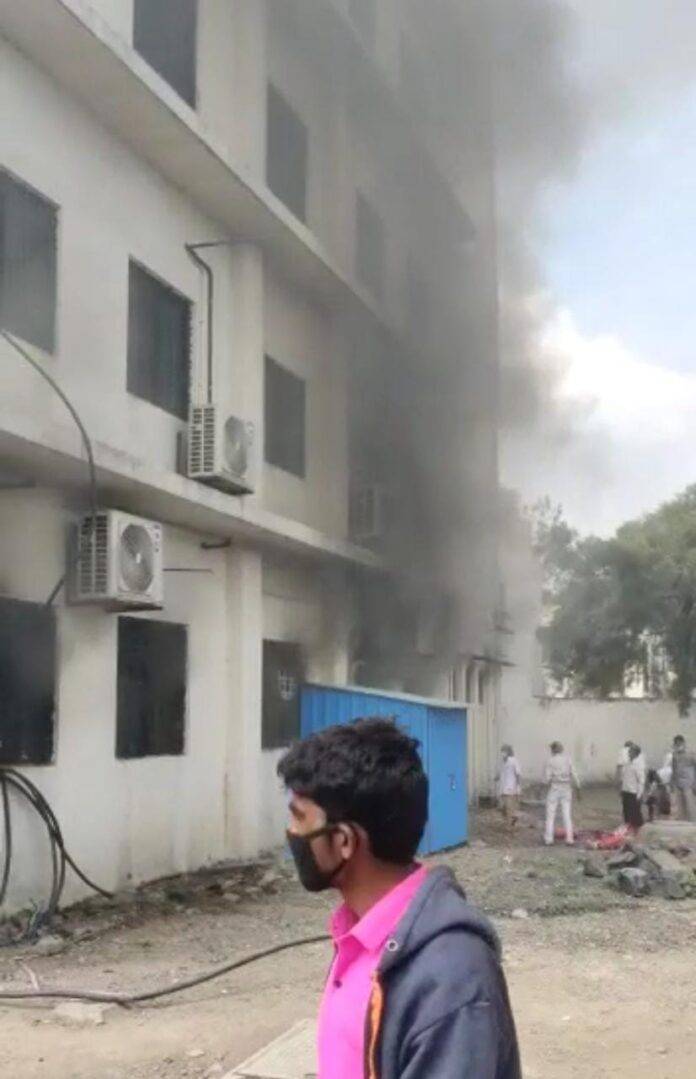 Ahmednagar (Maharashtra)| A massive fire broke out in the intensive care unit of Ahmednagar Civil Hospital here on Saturday, killing 10 patients and injuring 7 others. Officials gave this information. District Collector Dr Rajendra B Bhosale told media persons, “The fire broke out at around 10 am today. Of the 17 patients undergoing treatment in the ICU ward, 10 died and the rest were injured.”

He said the bodies of the victims have been sent for post-mortem to ascertain the exact cause of their death and after that further process will be followed.

Four fire tenders were sent to douse the blaze, which was brought under control around 1 pm, an Ahmednagar police control official said.

He said the hospital authorities with the help of local people and rescue teams managed to shift several patients from neighboring wards as a precautionary measure.

At the time of the incident, at least 17 patients were undergoing treatment in the ICU and worried relatives rushed to the hospital to inquire about the condition of their loved ones.

As the operation was carried out after the massive fire was brought under control, eyewitnesses said that the entire ICU was seen in a pile of burnt debris.

However, the main cause of the fire is not clear. Preliminary investigations point to a suspicious short circuit

Ahmednagar Guardian Minister Hassan Mushrif said an inquiry had been ordered into the tragedy and warned that those responsible for the lapse would not be spared.

Senior officials of police, district and fire department have reached the spot and are supervising the rescue and relief operations.

Facebook
Twitter
Pinterest
WhatsApp
Previous articleBJP executive meeting will be held in New Delhi on Sunday, the special discussion will be held on assembly elections of 5 states
Next articlePM Modi told the workers, work as a bridge of faith for the common man
Abid Ali
Sr. Content Editor & Social Media Manager at Janmat Samachar. Has Passion for writing about the Nation & the World and irrefutably telling about their issues to the masses.

The country needs help in these crisis times: Rahul Gandhi