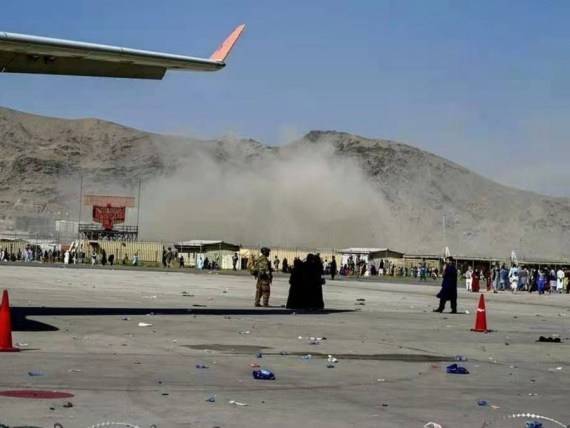 Washington | US President Joe Biden has said he will avenge the double bombings at Kabul airport that killed at least 103 people, including 13 US service members. The number of US service members killed in the attacks has risen to 13, with 18 more wounded soldiers currently in the process of being evacuated from the country, according to the latest update from US Central Command’s Public Affairs Officer Bill Urban.

Commenting from the White House late Thursday after the bombings at Hamid Karzai International Airport on Thursday, Biden said, “We will respond with force and accuracy in our time.”

The Wall Street Journal, citing a senior Afghan health official, reported that at least 90 Afghan civilians were killed in the blasts.

The Afghan Ministry of Public Health had earlier confirmed that more than 60 people were killed and 140 people were injured in the attacks.

Biden said he has ordered US military commanders to attack ISIS-K assets, leadership and facilities.

He said IS terrorists will not win. We will save the Americans. We will drive out our Afghan allies, and our mission will continue.

Responding to a journalist’s question whether he would deploy additional troops to Afghanistan in the wake of the attacks, Biden said if the military needed additional forces, I would allow it.

New Delhi| Prime Minister Narendra Modi on Saturday met Jagdeep Dhankhar and congratulated him on being elected as the new Vice President of the country. In...
Read more
Top Stories

Around 50 MPs, including the detained Rahul Gandhi, were kept in Kingsway Camp

New Delhi| Congress leader Rahul Gandhi, who was detained by the Delhi Police on Tuesday, has been kept in the new police line at Kingsway...
Read more
Top Stories

Monkeypox in Delhi: Experts said – be alert but do not panic

New Delhi | After a case of monkeypox was reported in the capital on Sunday, doctors in the city have asked people to be alert. However, doctors...
Read more

Rajinikanth admitted to Apollo in Hyderabad due to a BP problem