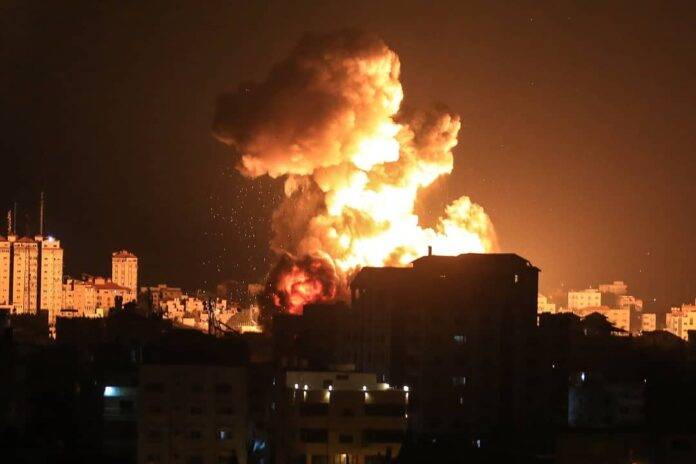 Tel Aviv| Israeli Prime Minister Benjamin Netanyahu said that the country is determined to continue its fight against Palestinian Hamas militants in the Gaza Strip. Meanwhile, US President Joe Biden has called for Israel to “make a significant ceasefire”. As reported by the news agency Xinhua, the White House said in a statement that Biden told Netanyahu on Wednesday that “he has a significant hope on the path of truce today.”

Netanyahu released a video statement on Twitter later in the day, stating, “I am determined to continue this operation until its purpose is achieved. Peace to you, the citizens of Israel.” And restore security. ”

The two leaders have spoken three times over the phone since Israel launched its ‘Guardian of the Walls’ campaign in Gaza on 10 May.

According to new figures from the United Nations Coordination Office for Human Affairs (OCHA), 219 Palestinians, including 63 children, have been killed in Gaza.

25 Palestinian people, including four children, have died in the West Bank.

Israeli sources say 12 people have died, including two children and a soldier.

Thousands of people have been injured, mainly in the West Bank and Gaza.

Militant groups fired rockets into Israel from the Gaza Strip, while Israeli fighter jets continued to launch aerial attacks on buildings and infrastructure in the besieged enclave.

Bengaluru| Senior BJP leader Basavaraj Bommai was on Wednesday sworn in as the 30th Chief Minister of Karnataka by Governor Thaawarchand Gehlot at a ceremony...
Read more
Top Stories

Bulandshahr (Uttar Pradesh)| Shikhar Agarwal, state general secretary of the Nishad Party and one of the main accused in the 2018 Bulandshahr violence, has been...
Read more