BJP executive meeting will be held in New Delhi on Sunday, the special discussion will be held on assembly elections of 5 states 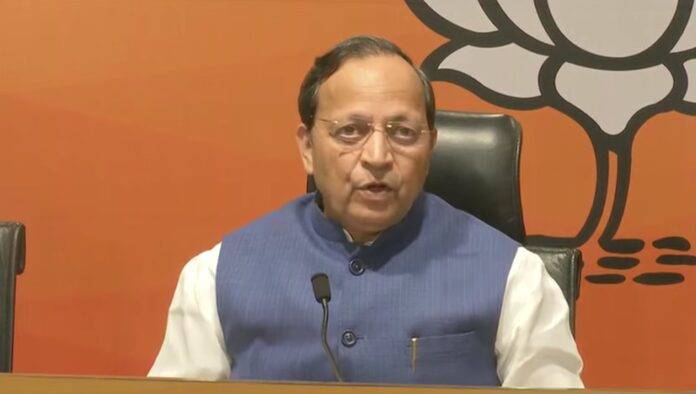 New Delhi | Keeping in mind the Kovid protocol, a meeting of the BJP National Executive is going to be held in New Delhi on Sunday. The meeting to be chaired by BJP National President JP Nadda will start with his presidential address and will end with the speech of Prime Minister Narendra Modi. While talking to the media at the party’s national headquarters, BJP National General Secretary Arun Singh said that a special discussion will be held in the meeting of the National Executive regarding the upcoming assembly elections to be held in 5 states. He said that the preparations for the assembly elections in Uttar Pradesh, Uttarakhand, Punjab, Goa and Manipur would be specially discussed in the meeting.

Arun Singh said that in view of this, an exhibition will also be organized on the achievements of the Modi government at the executive meeting site, through which the poor welfare schemes of the Modi government (including free food grains to 80 crore people, sending money directly to the accounts of farmers and women). Poor welfare schemes being run for every section of the society), vaccination figures crossing 100 crores and BJP workers helping people without caring about their lives in the Kovid period will be told.

He further informed that the Chief Ministers, State Presidents and other members of the National Executive will sit in their respective state offices and collectively attend the meeting of the Executive through virtual communication. Links have been given to 36 states and union territories to attend the meeting.

The National General Secretary of BJP said that the meeting of the party’s national executive will be held under the chairmanship of National President JP Nadda. Prime Minister Narendra Modi, former National President of the party Rajnath Singh, Amit Shah, Nitin Gadkari, Leader of the House in the Rajya Sabha Piyush Goyal, Nirmala Sitharaman and all Union Ministers (who are members of the National Executive) will be present in the meeting.

Arun Singh said that the meeting will start on Sunday at 10 am with the Presidential speech of National President JP Nadda and the National Executive meeting will end at 3 pm with the concluding speech of Prime Minister Narendra Modi. In this meeting, only one proposal (political) will come about the current political situation of the country. This political resolution will be passed after discussion in the executive meeting. A condolence motion will also be brought to pay tribute to the meeting.

Facebook
Twitter
Pinterest
WhatsApp
Previous articleModi told soldiers, I have brought the best wishes of 130 crore Indians
Next articleMaharashtra: Death toll in hospital fire rises to 10
Abid Ali
Sr. Content Editor & Social Media Manager at Janmat Samachar. Has Passion for writing about the Nation & the World and irrefutably telling about their issues to the masses.

Pandit Deendayal’s mantra and vision in the form of BJP: Nadda