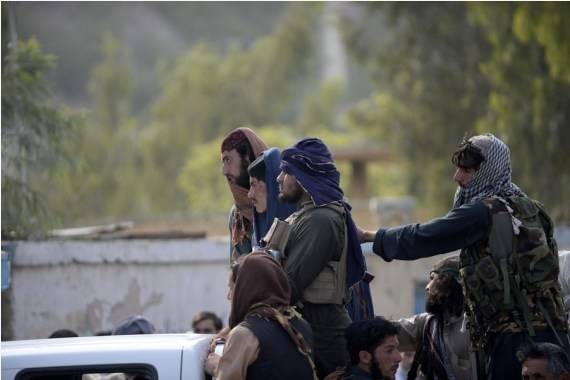 New Delhi | Afghanistan’s new caretaker prime minister, Mullah Mohammad Hassan Akhund, called on former officials who fled the country after the Taliban came to power last month to return to the country, saying the group would “guarantee their security.” Al Jazeera has given this information. In an interview with Al Jazeera on Wednesday, Akhund also said the caretaker government would guarantee the security of diplomats, embassies and humanitarian relief institutions. He emphasized that the group seeks to establish positive and strong ties with countries in the region and beyond.

Akhund, a close aide and political adviser to the late Mullah Omar, the founder of the Taliban and its first supreme leader, said the movement’s leaders faced “a great responsibility and test” to the Afghan people.

“This historic moment in the history of Afghanistan has resulted in a huge loss of our money and lives,” Akhund said.

“The period of bloodshed, murder and contempt for the people in Afghanistan has come to an end, and we have paid dearly for it.”

The report said Akhund reiterated the promise of an apology to anyone who worked with the US and its backing administration after the Taliban’s 2001 invasion.

“No one will be able to prove that he was avenged. We have not harmed anyone because of his past actions.”

On Tuesday night, the Taliban announced the formation of Afghanistan’s caretaker government, with Akhund appointed as caretaker prime minister.

In a statement following the announcement, the Taliban’s supreme leader, Haibatullah Akhundzada, said the immediate task would be to rebuild and rehabilitate, and the country would seek “strong and healthy relations” with its neighbors and all other

Facebook
Twitter
Pinterest
WhatsApp
Previous articleLaxmi Rani, a role model for Social activists
Next articleKejriwal Government to revive water bodies; give them a pleasant look
Abid Ali
Sr. Content Editor & Social Media Manager at Janmat Samachar. Has Passion for writing about the Nation & the World and irrefutably telling about their issues to the masses.

New Delhi | Rajya Sabha Chairman M. Venkaiah Naidu on Monday urged the members of the House to follow the rules so that the winter session...
Read more
World

Nike Black Friday Sale Deals 2021: Nike is always a good idea, especially since it's quite possibly the one universal brand that's sure to please just...
Read more